How to Play Helicopter

The Game of the Week is Helicopter, the jump rope game

The game of Helicopter is played with a jump rope and several people. It is fun for players young and old and a great skills builder to help children to learn timed jumping before the move on to traditional jump The Game of the Week is Helicopter! 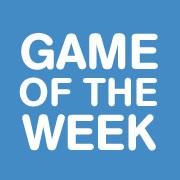 To develop the eye-foot coordination needed to jump rope.

Skills practiced:
Jumping and timing.
Before You Start:

Make a large (20’ diameter) circle with chalk if you will be using a long (10’-15’) rope. Make enough X’s on the perimeter of the circle for each player.
How To Play:
Variations:

Find more new and exciting games in our games database!