Games to Play at the Park

Get out to your local park for National Kids to Parks Day!

More than 130,000 people have pledged to bring their kids to the park to play this weekend. Saturday, May 17, 2014 is National Kids to Parks Day. What a great excuse to move the typical backyard play to a nearby park.

Don’t forget your supplies! To get out the door tomorrow morning, you’ll want to pack your sunscreen and hat or boots and rain gear. Pack a snack or picnic lunch of choice and a blanket so you can sit down to enjoy the food. And plan a few fun activities like some of the following games to extend your day of play.

Will you go play at the park this weekend? 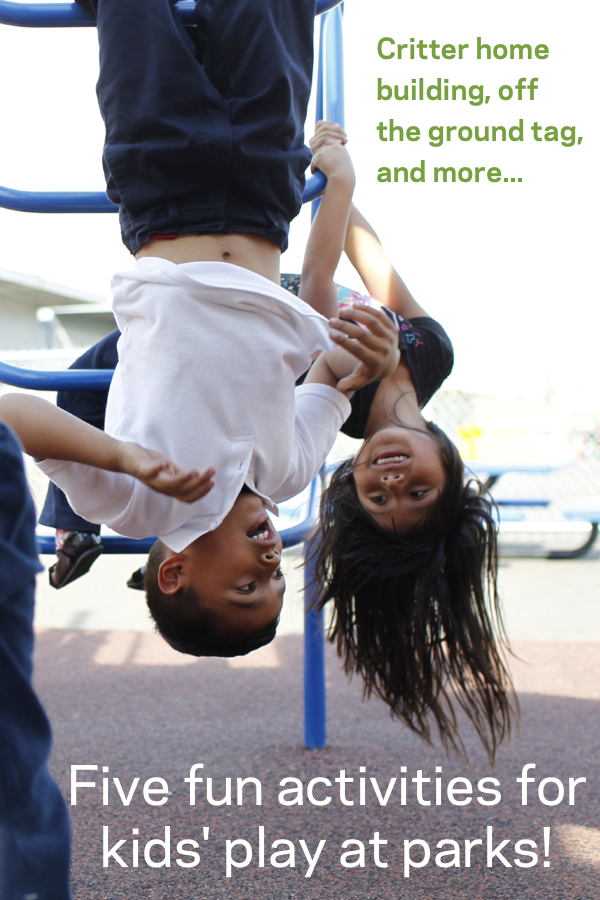