On Tuesday, October 23, Playworks Georgia teamed up with the Atlanta Super Bowl Host Committee and the Center for Civil and Human Rights for a community panel and opportunity to engage with kids in hands-on games that demonstrate safe and healthy play. 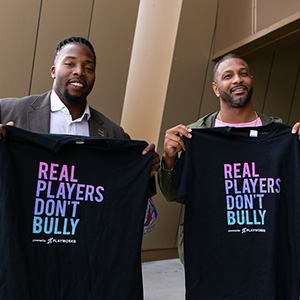 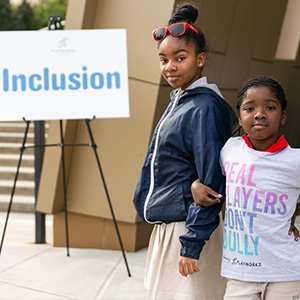 The event began with a panel in which community partners discussed bullying as a social justice issue, and the ways in which the Atlanta metro area can collaborate to address it. Panelists included Tyrone Dennis, Detective, Atlanta Police Department, Erin Beacham, Education Director, Southeast Region Anti-Defamation League, Taylor Pratt, Principal, Bethune Elementary School in Atlanta, and Ellen McCarty, of Playworks. It was moderated by Ann Cramer of Coxe Curry & Associates.

Following the discussion, Lawrence Sidbury, a former Atlanta Falcon and Dr. Diane Ross, Sergeant-at-Arms of the Mothers of Professional Football Players Association and mother of current NFL player Carlos Dunlap of the Cincinnati Bengals, shared their personal experiences with bullying from the player and parent perspective. Reginald Grant, an 8th grader at KIPP Ways Academy in Atlanta, also spoke about conflict-resolution strategies that he learned as a Playworks Junior Coach. 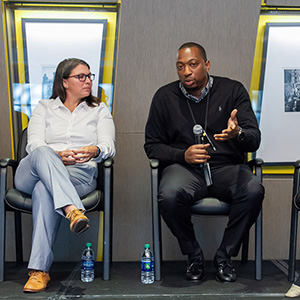 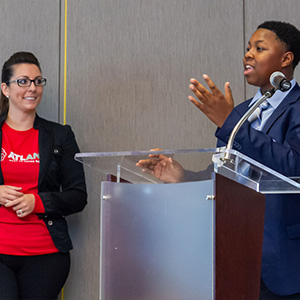 To start the event, Councilwoman Marci Collier Overstreet, on behalf of the City of Atlanta Mayor’s Office, issued a proclamation recognizing Oct. 23, 2018 as Georgia Anti-Bullying Day and recognizing October as National Bullying Prevention Awareness Month. The proclamation calls for citizens to learn more and join in dialogue to address and prevent bullying in all forms. 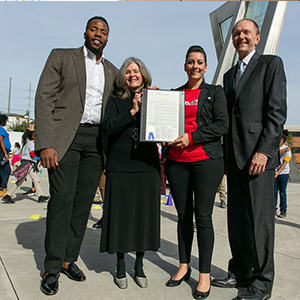 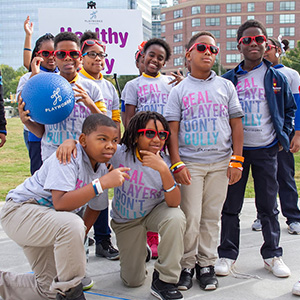 Thank you to the community partners and city of Atlanta for making this event a tremendous success!