Bringing Out the Best: Harper’s Playground

Harper's Playground in Portland, OR, is building a more inclusive world, one playground at a time.

If you have seen a sea turtle moving around on land you can imagine how challenging that seems. However, a sea turtle in water is a completely different image of grace, ease, and enjoyment. Place and environment matter. That is why Harper's Playground has adopted the sea turtle as a metaphor for their work. Create an environment that fosters both nature play and inclusive play, and you will build community.

April and Cody Goldberg founded Harper’s Playground for their daughter Harper: "Our community playground was off-limits to our daughter because she uses wheels to get around. We founded Harper’s Playground to change this. We assembled a team of top designers and shared our vision. We are thrilled with the outcomes, and invite you to come enjoy it with your family. We embrace these three powerful and important forces for a better world: community, inclusion, and play!”

The forces the Goldbergs embrace are strikingly similar to Playworks’ core values: healthy community, healthy play, inclusion, and respect. It is no wonder that when I first met Cody Goldberg at a Portland Timbers game years ago—when Harper's Playground had yet to be built—I was instantly hooked on the Goldbergs’ simple yet powerful idea: build an inclusive playground and people will come together. 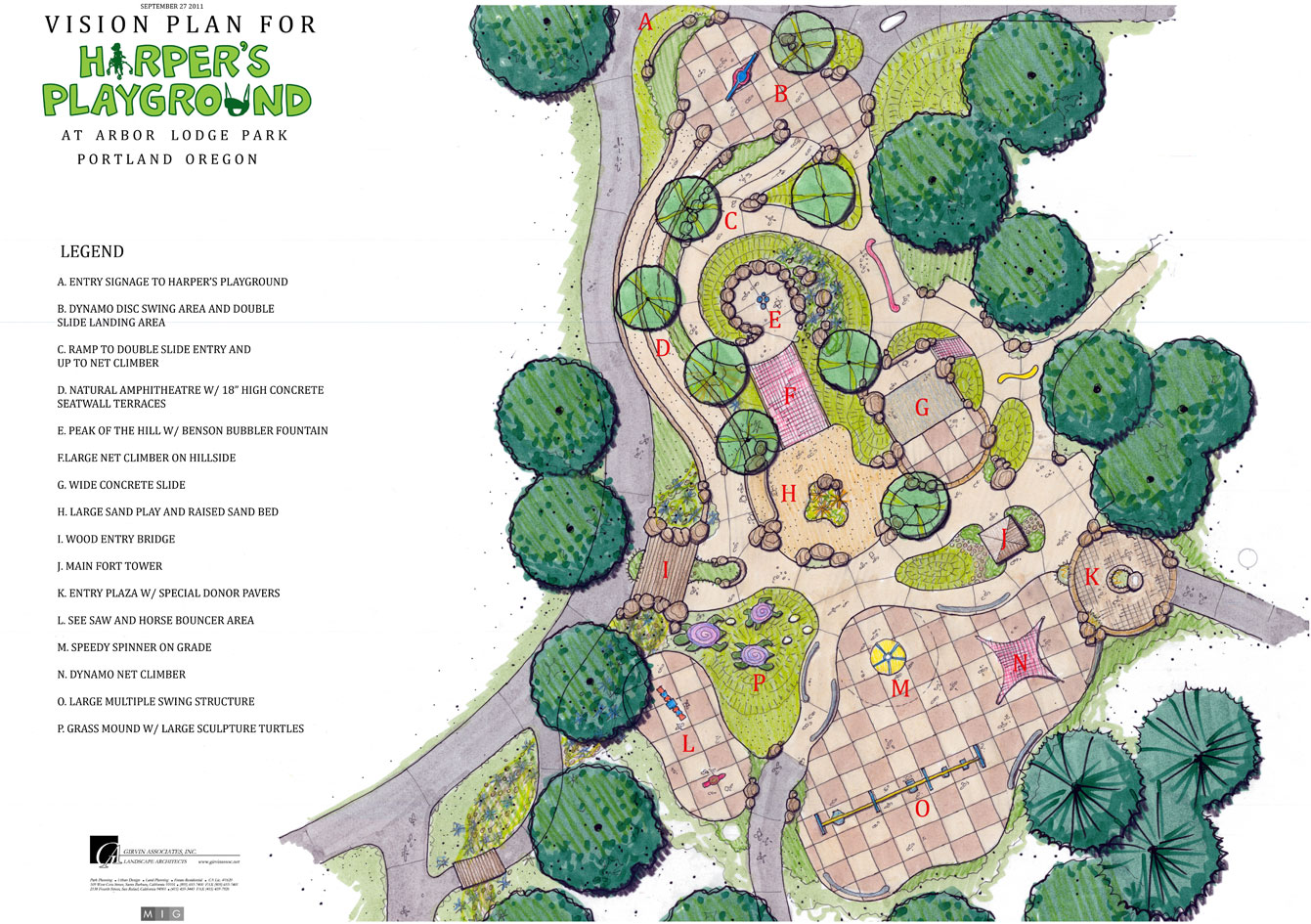 Growing up, the neighborhood playground was my escape and a place of fond memories with other kids. Harper's Playground brings more play to more people. On any given day, the park is full of kids and families from all over Portland. Some people even come from out of town just to play and enjoy the variety of accessible fun at the park. Testimonials come in daily.

Today, Harper's Playground is more than just an amazing place for people to play and connect: it is a growing collection of supporters re-imagining their community play spaces. After a multi-year labor of love to raise matching funds for the first Harper's Playground, two more Portland-area parks are in the works. Beyond Portland, dozens of new and old parks across the country are being redesigned with support or inspiration from Harper's Playground.

Play is universal and getting to play with others is crucial. Unfortunately, not all play spaces are universally accessible. At first glance, it is easy to overlook the challenges that modern play structures and parks present for a large population of kids and adults. The good news is that there is a game plan for creating inclusive playgrounds and a community of champions for play ready to get in the game.

Check out Harper’s Playground and help bring more play to everyone!

Harper's Playground: "More Play for Everyone" from Cody Goldberg on Vimeo.