Teachers reclaim instructional time in schools that partner with Playworks

A Mathematica study found that transitions from recess to learning activities are easier at Playworks schools. In fact, schools that partner with Playworks spend 27% less time transitioning from recess to learning activities reclaiming valuable teaching time. Teachers report that students were more likely to come to class ready to learn because fewer conflicts carried over from recess. In addition, teachers reported that Playworks resulted in students using Rock Paper Scissors in class to resolve conflicts and to make decisions. 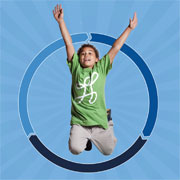 This research supports 2011 Playworks surveys that found nearly nine out of ten (88%) teachers reported a decrease in the number of conflicts originating on the playground and spilling over into the classroom. Eighty-five percent reported a reduction in the amount of time transitioning from recess to classroom instruction. Nationally, Playworks schools averaged more than 24 hours of reclaimed teaching time from resolving playground issues.

And dozens of teacher and principal tell us the same things, such as: “The single greatest impact that Playworks has had is the reduction of physical and verbal altercations spilling over from recess into class time. Students are better able to focus on class work after recess.”

“The school climate has improved because more students get their energy out at recess and are able to come back to class and focus,” one teacher shared.

“Playworks creates a school-wide culture of positive play and gives teachers a common language for management and conflict resolution. When students are positively engaged in productive activities at recess, the rest of the academic day is more efficient and focused. Our Coach has become a key member of our school community,” a school staff member said.

One Playworks Coach told this story: “Previously during the transition to outside, recess supervisors would to get headaches trying to get the students under control. Students would often lose their recess. Not too long after I began, one supervisor approached me ‘Ever since Playworks came, the games the kids play with each other are much better. They aren't kicking, pushing, or punching each other anymore in line while waiting to go outside! It's such a relief!’"

How does your school create smooth transitions?

Bring Social and Emotional Learning to Your Recess:

Playworks launched a pilot of TagTeam in partnership with Boys and Girls Club of America in cities across the country, beginning in 2019. Read about Playworks Indiana’s experience implementing TagTeam with the Boys and Girls Clubs of Indianapolis and Liberty Park Elementary School in Metropolitan District of Warren Township in Marion County. What is TagTeam?…

Playworks Welcomes New Members to National Board of Directors ›

Playworks is pleased to announce the appointment of three new members to the national Board of Directors. “I am thrilled to welcome our new board members,” said CEO Elizabeth Cushing. “The unique perspectives and leadership they bring will be vital to Playworks as we continue working to ensure that every child experiences safe and healthy…