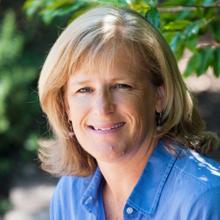 Oakland, CA— Elizabeth Cushing has been named president and chief operating officer of Playworks, a national nonprofit organization that brings play and physical activity to schools and youth organizations around the country. Cushing previously served as chief strategy officer of the organization.  In her new position, she will oversee all development, program, training and evaluation initiatives for Playworks.

Cushing joined Playworks (then known as Sports4Kids) in 2004 as director of evaluation before taking the reins as the director of development. Over her tenure, she has served in various development positions, and has played key roles in the organizations funding and national expansion.

In 2005, collaborating with Playworks Founder Jill Vialet, Cushing was instrumental in securing the initial $4.4 million grant from the Robert Wood Johnson Foundation to support Playworks’ expansion into additional cities. As Playworks development director, Cushing was responsible for securing an additional $18.7 million from RWJF in 2008, as well as leading the brand change from Sports4Kids to Playworks in 2009.

“Elizabeth has played a crucial role in Playworks’ success and growth strategy over the past seven years,” says Playworks Board Chair Randy Drake, senior vice president at 24 Hour Fitness. “From the initial start-up grants to strategic plan development to training and corporate partnerships, Elizabeth’s vision and contributions are evident everywhere in the organization.”

When Cushing joined, Playworks served 65 schools in the East Bay and San Francisco. The organization will serve 320 schools in 22 cities around the country, reaching 120,000 children daily in the 2011-12 school year.

Cushing is a graduate of Stanford University and a Coro Fellow in Public Affairs.

Playworks is a national nonprofit organization that provides safe, healthy, inclusive play and physical activity to schools at recess and throughout the entire school day. Founded in 1996, Playworks is the only nonprofit organization in the country to send trained, full-time adults to low-income, urban schools. By 2012, Playworks will serve more than 650 schools in 27 US cities. In addition to its direct services, Playworks Training provides training and technical support for schools, districts and other organizations that wish to incorporate play into their day. For more information, visit www.playworks.org.

How Equity, Trauma, and Play Intersect ›

The play opportunity gap Play is critical for healthy child development as it is a safe way for kids to experiment and practice building relationships and cooperating with others. And yet, even in normal circumstances before COVID-19, there wasn’t an equal opportunity for every kid to play. We need to make sure this disparity does…

This is an unprecedented moment for kids, teachers, families, and schools. Re-opening our schools will involve decisions based on incomplete information that must be made in an environment that, at best, would be described as uncertain. The Playworks School Reopening Workbook is a free resource and workbook aiming to bring a bit of ease to…