Jill Vialet is the founder of Playworks, the leading national nonprofit leveraging the power of safe, fun, and healthy play at school every day. Playworks creates a place for every kid on the playground to feel included, be active, and build valuable social and emotional skills. Playworks partners with schools, districts, and after-school programs to provide a service or mix of services including on-site coaches, professional training for school staff who support recess, and consultative partnerships.

In order to make positive change in schools, we must put ourselves in kids’ shoes and identify with students.

Jill launched Playworks in 1996 with two schools in Berkeley; while serving as co-founder and executive director of Oakland’s Museum of Children’s Art, she met with a school principal who asked for help in reducing the chaos and conflict in the schoolyard during recess. Since then the organization has grown to 23 regions across the U.S.

Play and recess can be an incredibly powerful tool to make classroom time effective, productive, safe, and inclusive.

Vialet is the author of Recess Rules, a fictional book written for children from 8 to 13 years old. She has received numerous honors, including being selected as an Ashoka Fellow in 2004 and named to the Forbes Impact 30 as one of the 30 leading social entrepreneurs worldwide in 2011, as well as being asked to speak at TEDMED in 2014. She also is one of a small group of Californians honored with the 2013 James Irvine Foundation Leadership Award. Jill is a graduate of Harvard University. 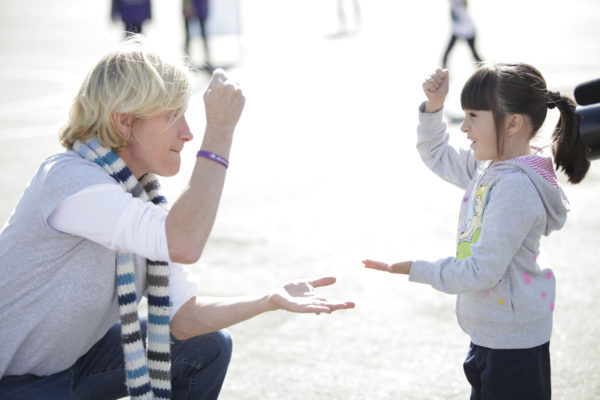