Each October, as the leaves begin to change on Playworks playgrounds across Boston, Lawrence, and New Bedford, another color begins to emerge. Bright purple Junior Coach shirts make their appearance as 4th and 5th grade students selected to be peer leaders come out to recess for the first time as game leaders, equipment managers, and role models for their younger schoolmates.

This year, the band of Playworks New England Junior Coaches is growing, now including student leaders in Cambridge, Haverhill, Hopkinton, and even crossing state borders into Nashua, New Hampshire, and down into Rhode Island. Around 550 Junior Coaches will step up to lead safe and healthy play on 44 playgrounds across New England this fall. 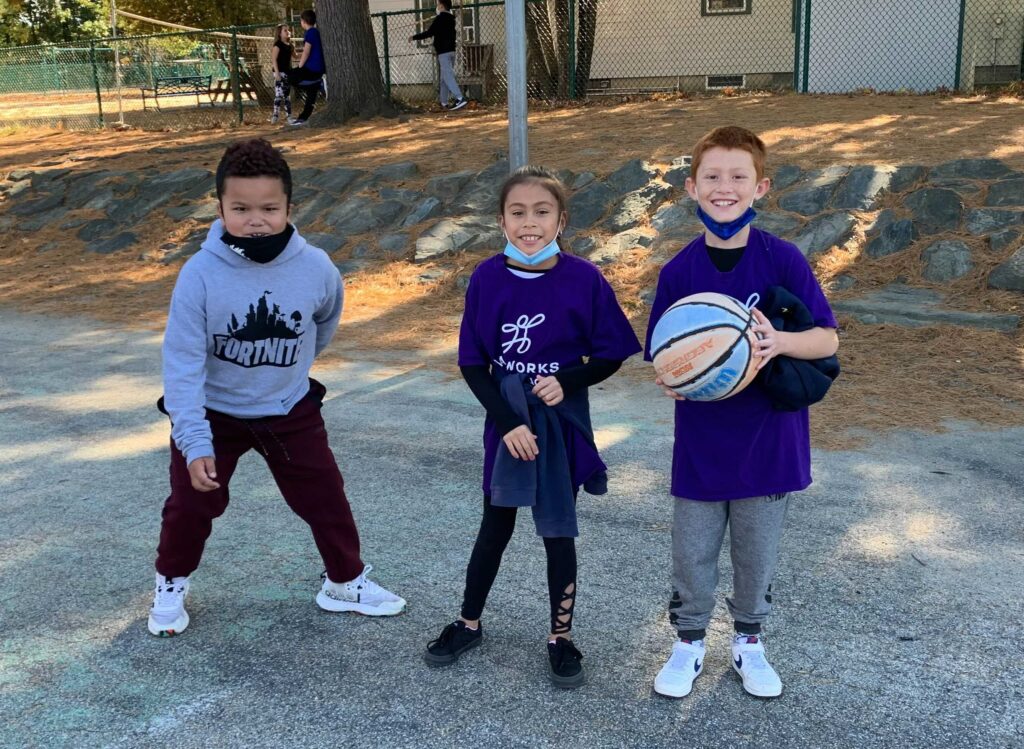 At Mt. Pleasant Elementary School in Nashua, Principal Rich Boardman credits his Junior Coaches as champions in making safe and healthy play happen. As part of a Recess Reboot at his school last year, Junior Coaches started designing and creating their ideal recess

“Our Junior Coaches have helped make recess fun again for so many of their younger classmates,” says Boardman. “And at the same time have begun to recognize and internalize their own skill set and joy in becoming a leader for their peers.”

This youth-led Junior Coach program is the bridge that takes all the tools adults have for creating safe and inclusive spaces and passes them on to the youth. Junior Coaches receive training in how to utilize and encourage basic conflict resolution tools like Rock Paper Scissors, how to use their assertive voices to help solve problems, and how to facilitate a game effectively to get other students engaged and active quickly. These students may have less life experience, but they often have deeper insights into the needs and happenings on the playground. 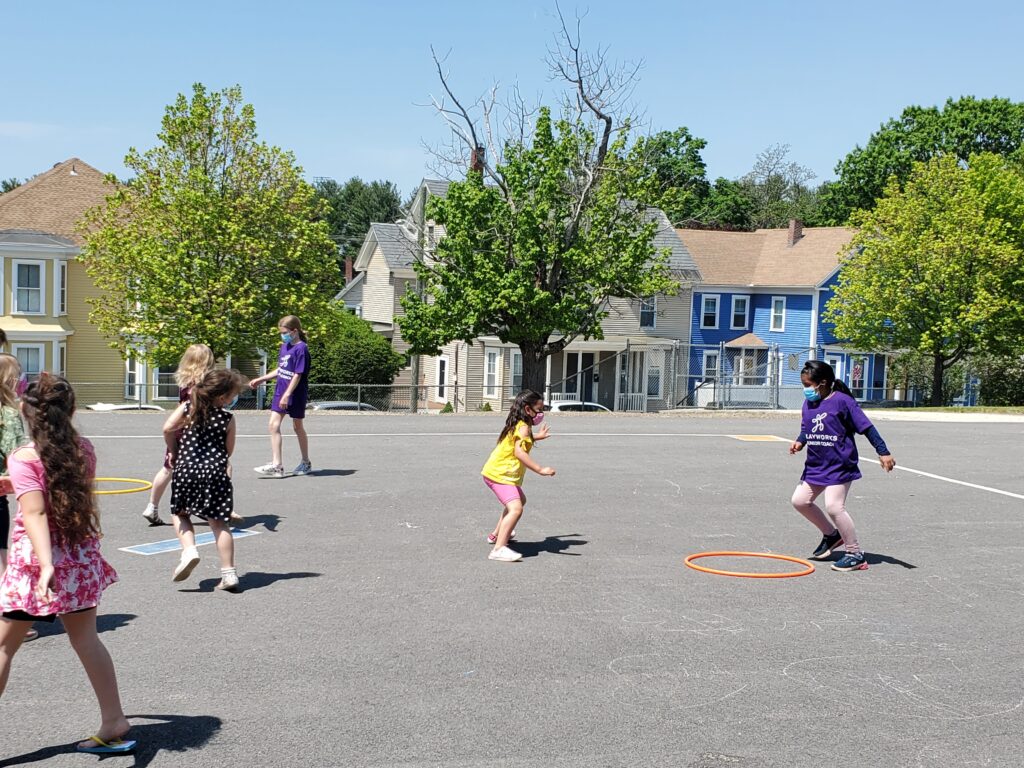 In addition to the positive impacts Junior Coaches have on their school climate, these students  also benefit from participation. In our most recent year of data collection, Junior Coaches reported statistically significant positive change on all 14 SEL competencies they were asked to assess. Top gains were in empathy, with 88% of students reporting improvement, but academic motivation was close behind with 87% of students reporting improvement. As part of the program, Junior Coaches find a new way to use their skills to benefit their community and a new sense of belonging in school.

“I can’t wait to build a great recess and grow with my Junior Coaches over the school year,” says Coach Brady, Playworks Coach at Boston’s Patrick J Kennedy School. “We’ve been talking about conflict resolution at our trainings this week, and their ideas and potential solutions have blown me away.”

As a result of the success at places like Mt. Pleasant Elementary and across Boston, it became clear it was time to bring Junior Coaches to the Recess Rocks in Rhode Island program, a partnership among Blue Cross & Blue Shield of Rhode Island, Rhode Island Healthy Schools Coalition, and Playworks New England. Coming out of a school year full of uncertainty, many schools are ready to take the next step and empower their own students to step up as Junior Coaches. Four Recess Rocks schools will come together at the end of this month to launch their own versions of the Junior Coach program.

While it’s thrilling to see Junior Coaches stepping up to foster a healthier, more inclusive community across New England, it’s just as exciting to have Junior Coaches back on Boston and Lawrence playgrounds this fall. After nearly a full year of hybrid school and virtual Junior Coach meetings, Playworks Coaches are so happy to have them back in person at recess.

“It’s so incredible to see them out with the younger students,” says Coach Brady. “I can’t get to every game during recess each day, so it’s exciting for them to have another kid as a role model they can look up to and have a great time with.”

Coach Brady has already had 3rd graders talk to him about being a Junior Coach next year.

“It really gives them something to work toward,” he says. “I can see it’s making them even better in the classroom and at recess.”

Welcome back to the Joy Series ›

As we enter the last month of the year, we are thrilled to bring back the Joy Series. After a year full of transitions, growth, and exciting new changes for us, we’re looking forward to spending the next five weeks focused on joy. Here’s how you can follow along with the Joy Series:    …

Born and raised in Watertown, Massachusetts, Renee Gaudette has worked for youth development organizations in New England since graduating college and now joins us as New England’s new Executive Director. Her favorite recess game is 4-square (“I get really competitive… I can’t help it,” she admits), and she has a dog named California Sunshine Epps…

Building skills through play: developing youth leaders on the playground ›

What does youth empowerment look like at recess and why is it important? Every kid deserves the opportunity to shine. The playground is the perfect place to empower students and build their confidence by giving them opportunities to lead, whether it be with their own classmates or students in younger grades. Play is such a…