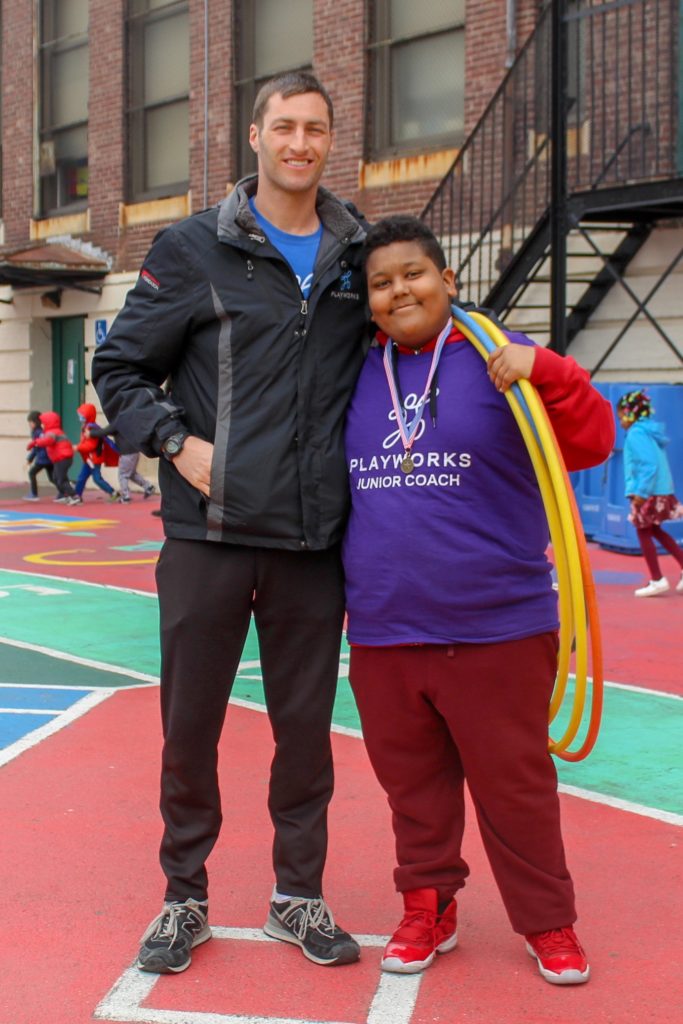 The President’s Council on Sports, Fitness & Nutrition (PCSFN) announced Playworks CEO and Founder, Jill Vialet as one of five winners of the 2019 Lifetime Achievement Award

Presented annually since 2007, the Lifetime Achievement Award honors individuals whose careers have greatly contributed to the advancement or promotion of physical activity, fitness, sports, or nutrition nationwide.

Junior Coach Jonathan is a 5th grader at the Mason Elementary School in Roxbury. Jonathan stood out this year as a role model, not only for younger students but for his 5th grade peers as well.

According to Coach Jason, Jonathan always models “positive communication and problem-solving techniques,” whether he is playing with K–2 students during his recess shift or with 5th graders in his own class.

Since partnering with Playworks, I notice that all students are engaged in playground activity. The games are well organized and the kids seem happy and excited to play. I love how they resolve conflicts on the playground using rock, paper, scissors.

Survey results from educators at our New England partner schools for the 2018-19 school year showed that:

Playworks is excited to team up with two of our local sports teams during the 2019-20 school year. The Boston Bruins and Boston Bruins Foundation have announced their commitment of $50,000 to support our programs in New England, along with a donation of hockey and ‘BFit’ Fitness equipment to 55 Playworks partner schools. The New England Revolution, in partnership with Santander Bank, has launched a #RedCardForBullying campaign that will be highlighted at the August 24 Revolution match against the Chicago Fire. Santander will donate $1,000 per Revolution assist from August 24 through the end of the 2019 season.

Thank you to all of our dedicated supporters and school partners. We can’t wait for next year!