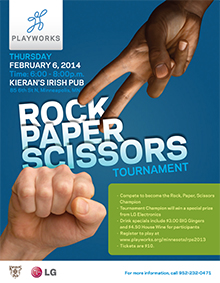 *Online registration is now closed. Tickets will be available for purchase at the door.*