St. Paul, MN—May 25, 2017— Playworks Minnesota received a 2017 Minnesota Ethical Leadership Award on May 25 at the Character Recognition Awards Ceremony. We were one of three community programs, five schools, and one district honored by Synergy & Leadership for excellence in character and ethical leadership development. Governor Dayton proclaimed May 25 as Character Recognition Day and the proclamation was presented at the ceremony. Minnesota Department of Education Assistant Commissioner Kevin McHenry offered congratulations to the honorees.

Playworks Minnesota seeks to improve the health and well-being of children by increasing opportunities for physical activity and safe, meaningful play. School-based staff are trained to leverage play in a manner that teaches social-emotional skills to students. Fourth- and fifth- grade students are trained through the Junior Coach Leadership Program to serve as positive role models at recess. Playworks Minnesota serves more than 7,800 students annually.

Cara Quinn, executive director of Community of Peace Academy nominated them for the award and shared, “Playworks has been an outstanding partner to our school, as we hold shared values around building strong communities through genuine relationships and proactive teaching of conflict resolution strategies. Immediately upon implementing Playworks, we saw a dramatic increase in student participation in active play, and a corresponding decrease in conflict during recess.”

Synergy hosts the Character Recognition Awards each year to spotlight character and ethical leadership development, bring recognition to schools and programs with exemplary efforts, motivate honorees for continued effort and success, and inspire others with examples to replicate.

For more information about the Character Recognition Awards visit synergyexchange.org/Celebrate/CRA.aspx. 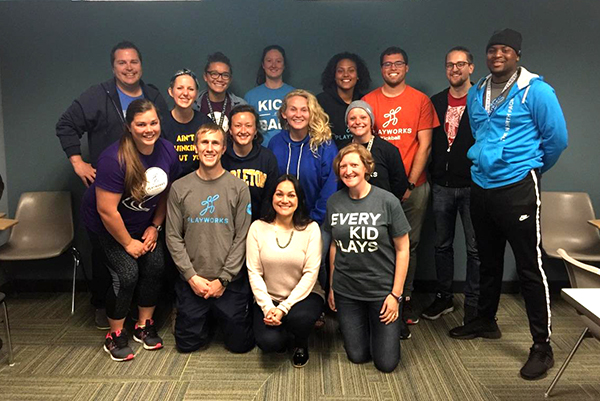