Street Hockey League in Partnership with the Colorado Avalanche

Three years ago, we partnered with ten schools to deliver an eight-week sports hockey league. This year, our league has grown to include 18 partner schools with 186 student participants. Thanks to our partnership with the Colorado Avalanche and the NHL, we’re bringing street hockey to more Colorado kids.

Play brings out the best in all of us. We’re helping kids develop important social and emotional skills through our interscholastic after-school sports leagues. Read on to learn more. 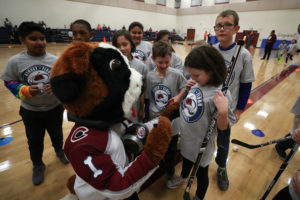 The Colorado Avalanche and Playworks Street Hockey Extravaganza took place on November 30. This event brings students from various schools together to celebrate their street hockey season. Avalanche players, J.T. Compher and Duncan Siemens, were in attendance, playing and having fun with students. They played with the kids by rotating between eight stations. These game stations were run by Playworks coaches and reinforced fundamental street hockey skills through fun games like sharks and minnows, shuttle passing, and relays. Bernie and Ice Girls also made the night extra exciting. 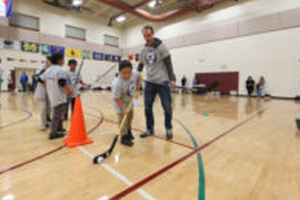 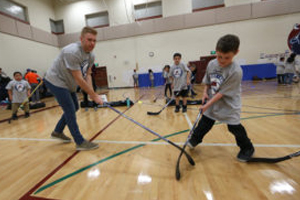 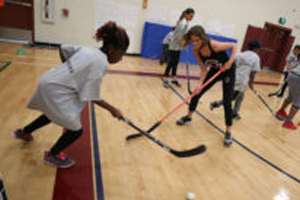 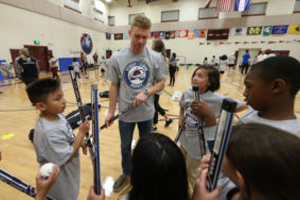 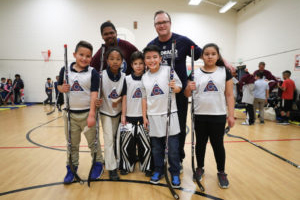 Two former Colorado Avalanche players, Rick Berry and John Michael Liles, joined us at DCIS at Ford to play alongside DCIS, Maxwell, Howell, and Soar hockey participants. There was a great turnout of parents, teachers, school administrators, and siblings, creating a fun, inclusive, and healthy community.

The two players also went to Trevista Elementary to play in a game with Fairview Elementary. Both players were active the whole time, having fun and creating an inclusive and exciting game of hockey.

Like the Avalanche players, Playworks coaches create environments where all kids are included and have fun. Playworks coaches run hockey leagues throughout the year, building students’ confidence and encouraging them to get in the game. 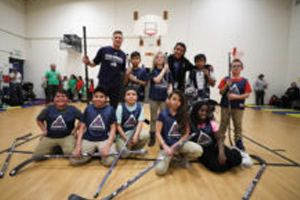 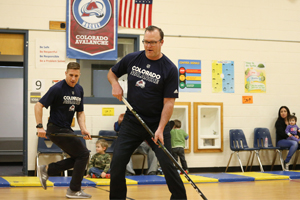 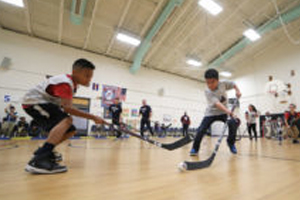 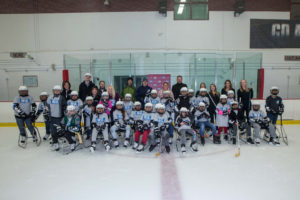 Doull Elementary and Break the Ice

Doull Elementary street hockey participants had the opportunity of skating alongside the Avs and Ice Girls at their Break the Ice event. Students got to skate with pucks and sticks (most of them for their first time), play games, and meet players and Ice Girls. The smiles on everyone’s face were contagious. Check out all the fun for yourself. 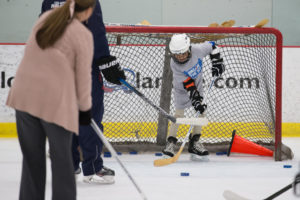 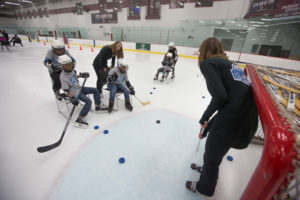 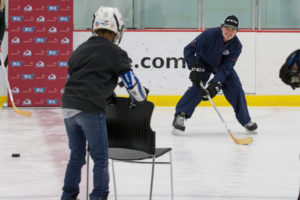 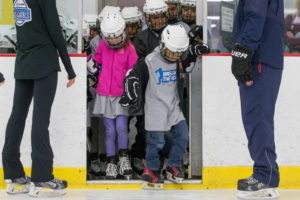