Broncos join Playworks for Be a Champion in the Community Week

The Denver Broncos kicked off Be a Champion in the Community Week by joining Playworks and students at Whittier Elementary and DCIS-Ford out at the playground. 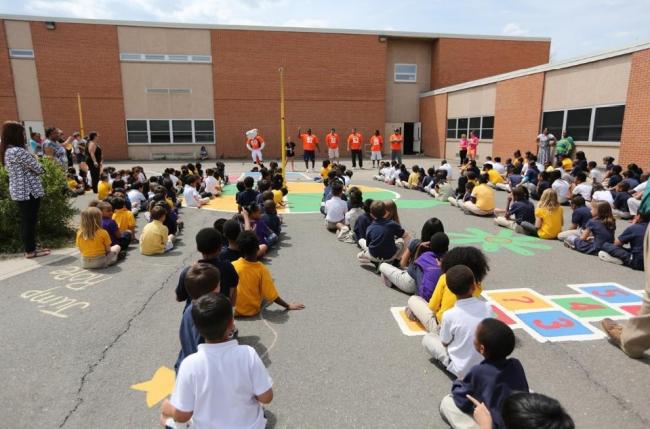 The players spilt up between the two schools and played various games with the students.  Games were led by Playworks coaches or Junior Coaches, with the Broncos players stepping up and running some games themselves.

Tight end Joel Dreesssen’s message to the students was something Playworks fully believes in; “It’s important to stay active. Stay off the cell phones, stay away from the video games – there is a lot of fun to be had outside.” 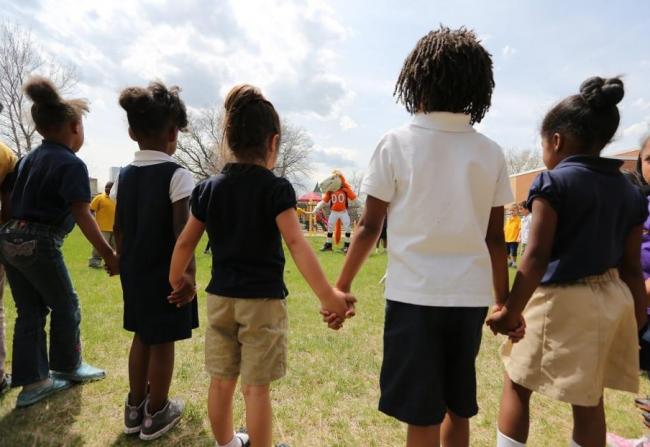 We want to thank the Denver Broncos for coming to visit our schools and encouraging a healthy lifestyle and promoting play.  Your impact on the community is far-reaching and we are proud to be your partner!

Read more about this awesome event on the Broncos page and check out the great pictures!