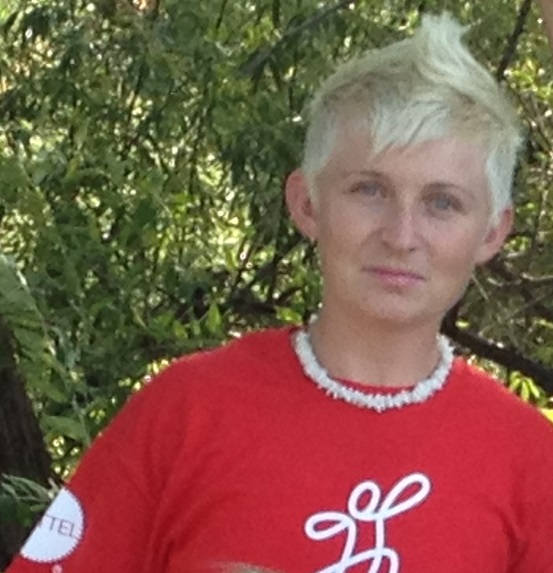 Coach Jolley is a second year AmeriCorps member and coach at Midvale Elementary in the Canyons district. In her spare time, she plays professional football and is training to be a fire fighter. Read about the Midvale Turkey Bowl she held this month below.

It was a beautiful November afternoon. The sun was out and the temperature perfect–just cool enough to make a jacket necessary. I thumbed my AmeriCorps button nervously. I wanted this event to go off without a hitch. The music was blasting on the stereo equipment. Fifth grade classes were standing in a group putting on their flag football belts. Children were filing out to watch their teachers play some football.

As the kids’ energy revved up, five mascots sprinted onto the field. There were High 5's everywhere. The kids were screaming, jumping up and down, laughing, cheering. I hadn't seen so many smiles in a long time. The games began and the cheers got louder. The mascots began cajoling the kids to chant their names, "Willey, Willey, Willey!”

I ran by and switched the chant to "Coach Jolley! Coach Jolley!" As we picked kids from the crowd to join the mascots' team and play what was probably their first game of flag football ever, they waved their arms and shouted, hoping to be picked. It was November 25, the day of the First Annual Turkey Bowl at Midvale Elementary.

Just before the games started, I took a moment to reflect. I stood there and looked around at the assembled crowd. There were three girls from my own football team, the Utah Falcons, five mascots from all over Utah, teachers laughing and running on the field next to us, fifth graders practicing and cheering each other on, and the rest of the school dancing, cheering, laughing. I realized all the hard work I put in as a Playworks coach and Americorps member was well worth the smiles and laughs. This is what Playworks is all about.