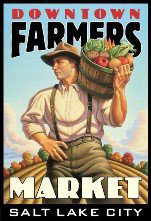 Playworks Salt Lake City will be playing games and spreading the word of play at the Salt Lake City Farmers Market throughout the months of August and September! Come visit our table to learn more about Playworks, and how you can get involved in the movement for play.