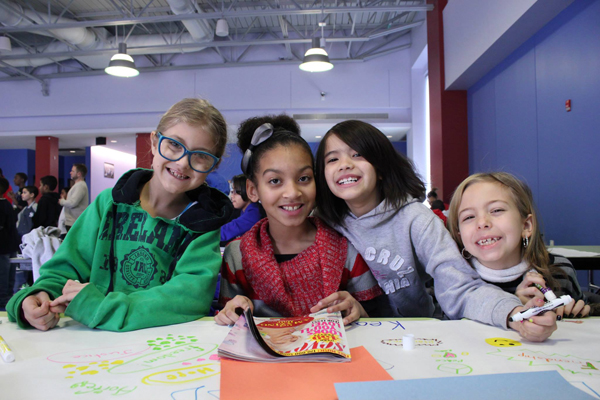 Martin Luther King Jr. Day of Service 2014 will always be a day to remember. First year AmeriCorps coaches Lauren L’Mac McGuire and Corrie O’Neil led their fellow AmeriCorps members, Playworks colleagues and students in a MLK Playworks Makes the Dream Work service project. The project consisted of Junior Coaches from 15 different elementary schools coming together to work on a poster describing what being a leader means to them. 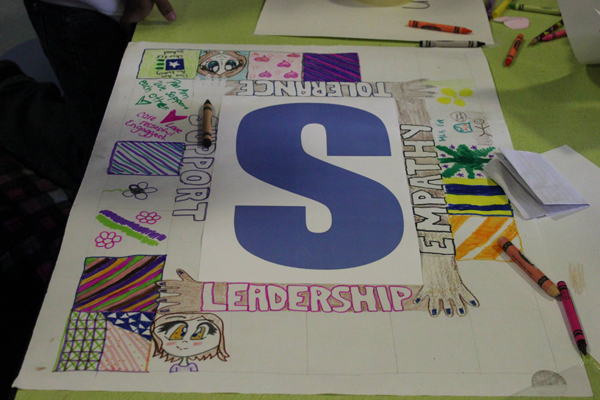 In addition to the poster, each school was given a letter which unified them across Philadelphia. Prior to the event, the Junior Coaches and their Playworks coach worked together to discuss Martin Luther King Jr.’s dream and how it has empowered them to be leaders. The coaches then sketched out various designs on their poster around their letters, and colored them in the day of the event.

Once the posters were completed, each letter was added and once they unified together; they spelled out PLAYWORKS PHILLY. One of the primary goals was not only for the Junior Coaches to see that they are leaders in their individual schools, but that there are numerous other young people just like them doing extraordinary things in their local city, Philadelphia. Not only that, but they are one unified group of Junior Coaches making a difference in their community much like Martin Luther King Jr. 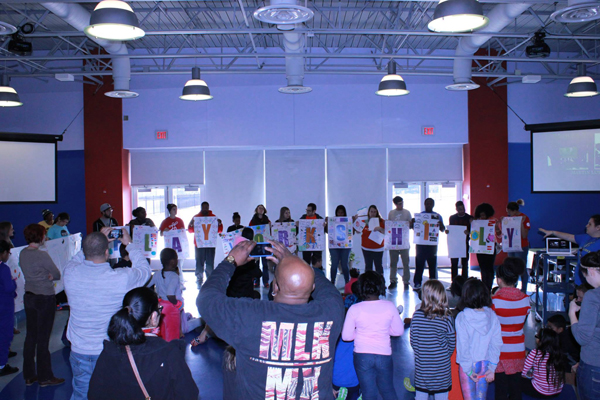 In addition to the Junior Coaches, area volunteers such as Private Tiffany Jones of the U.S. Army came out to support us our day of service. While learning more about Martin Luther King’s dream, parents and volunteers engaged in several Playworks games such as Shipwreck, Free Dance, Me Too, and a host more.

We had a total of 12 volunteers and several parents supporting us during this event. A few of those volunteers were from a non-profit organization called Repair The World Philadelphia. They have been supporting the coaches at our schools, and were a great support during the event. They engaged the Junior Coaches in several hand games and worked closely with them to complete their school poster. 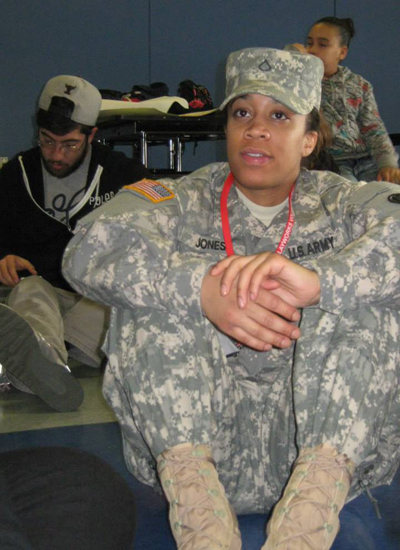 Everyone who attended the MLK Playworks Makes the Dream Work event left excited, motivated, and inspired — especially after several Pan-American and McCall students read their inspiring speeches on Martin Luther King Jr. They talked about what his legacy did for them as a person of Latino or Asian descent and for those whose parents are from another country. They explained how Martin Luther King Jr.’s dream not only changed things for the African Americans in America, but for every nationality and culture throughout the world.

To learn more and see more photos, please visit us on our Facebook page.