Six Boston Schools Receive $25,000 in Wellness Grants After Helping Get Boston Back in Motion

More Than 3,000 Students Participate in Month-Long Effort Aimed at Improving Health and Well-Being of Youth

BOSTON  – Boston Back in Motion, an effort to get young people across Boston to stay active as schools transition back to in-person learning, on Friday awarded six Boston schools a total of $25,000 in wellness grants for participating in the campaign during the month of April. In total, more than 55 groups – representing more than 3,100 students –  signed up to participate in the daily movement breaks.

“The schools receiving these grants jumped in with great enthusiasm to help get Boston Back in Motion,” said Elizabeth Pauley, Associate Vice President, Education to Career at The Boston Foundation, which helped fund this campaign. “We are grateful to so many institutional partners who supported us in this effort and to all the teachers, schools, and community organizations that joined in on all the fun.”

The Rafael Hernandez K-8 School was selected as the top awardee based on its students’ participation in the campaign. Boston Public Schools Superintendent Brenda Cassellius, Red Sox Mascot Wally, and Playworks’ Coach Leah were among those on hand at the school on Friday to present the school with a $10,000 grant funded by The Boston Foundation and The Reebok Foundation. In addition, the school was awarded a Play Ball event, to be held at a later date, from the Boston Red Sox, which introduces young people to the games of baseball and softball.

The five other schools receiving awards include the Josiah Quincy Elementary in Chinatown, which received a $5,000 grant and 25 $100 Reebok gift certificates; the Warren-Prescott K-8 School in Charlestown; James W. Hennigan School in Jamaica Plain; Young Achievers K-8 in Mattapan; and Neighborhood House Charter School in Dorchester, which all received $2,500 grants.

“I’m proud of all our schools that participated and to all of our students for doing their part to stay active and healthy,” said Superintendent Cassellius. “Our schools are helping to develop a whole child and that includes ensuring we have the partners and resources to provide our students with fun and educational experiences that are also good for their health and growth as people.” 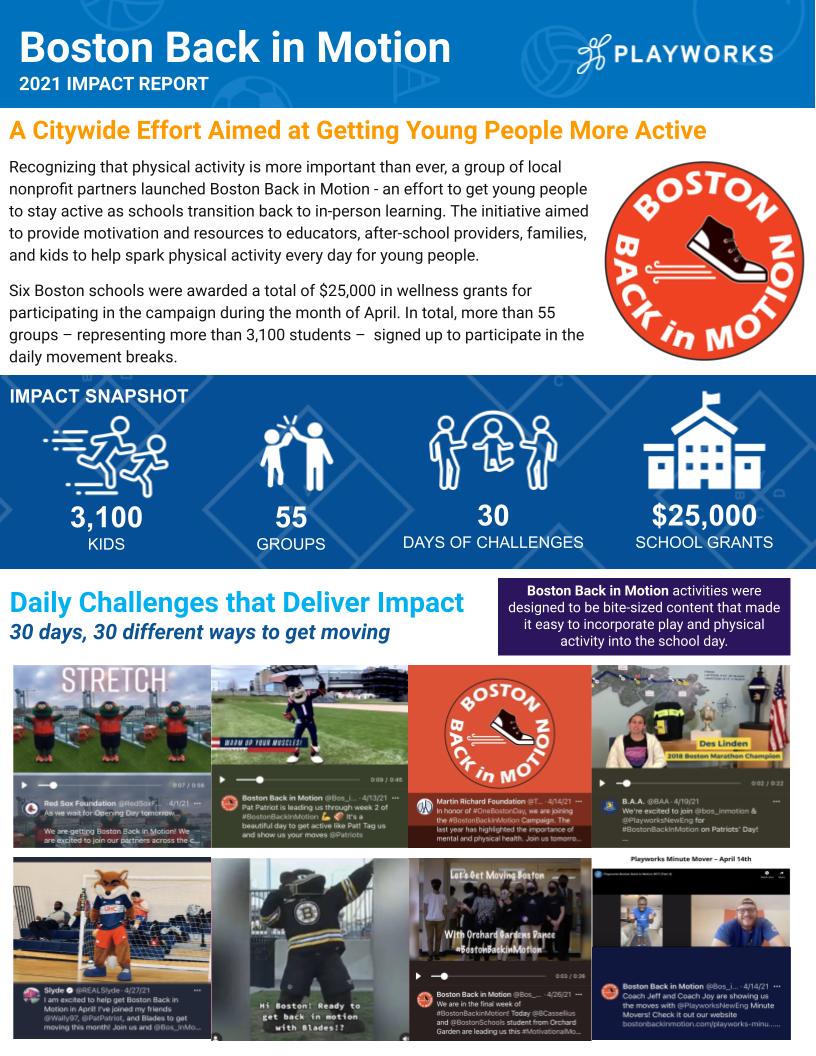 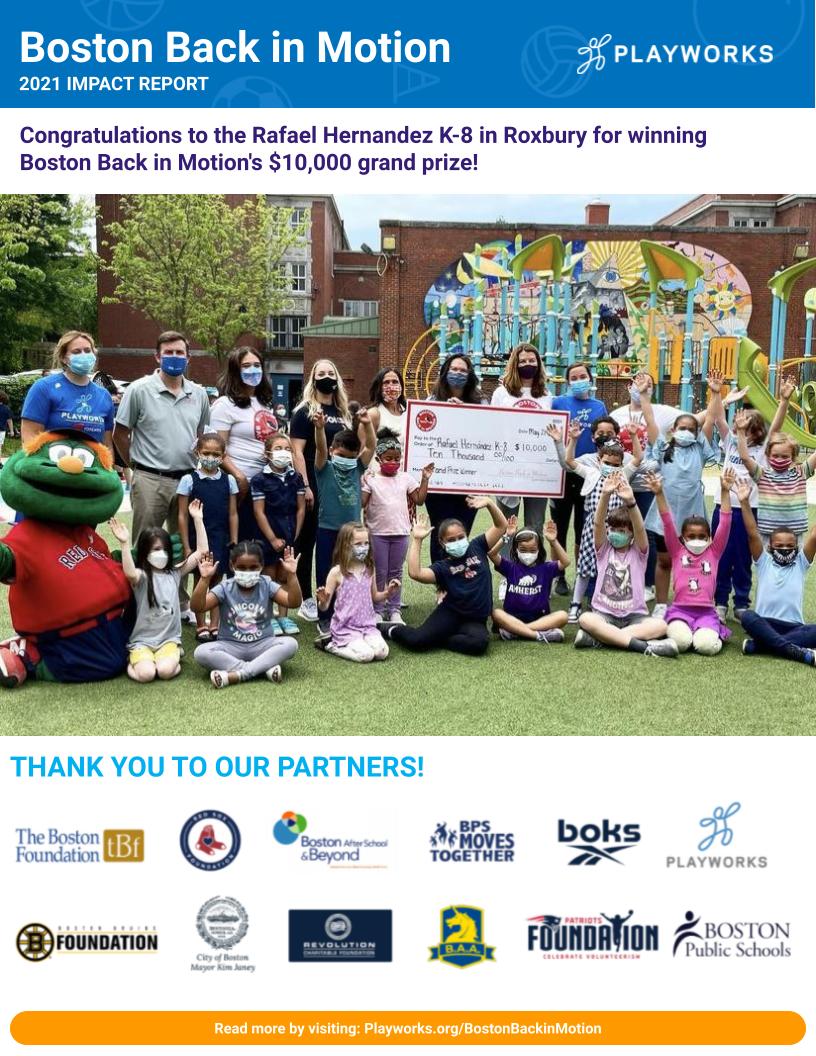