Junior Coach Evie is an Enthusiastic Influence at the Mendell

Junior Coach Evie comes to every recess shift prepared with games that she’s ready to play with the kids. Coach Ava appreciates having an energetic leader out at recess. She knows she can rely on Evie to run games and help resolve conflicts when they arise. Evie is a role model for all students at the Mendell, including her fellow Junior Coaches!

Recently, Coach Ava has been working on conflict resolution and understanding bullying at Junior Coach training. “Evie did a really good job during one of my lessons when I talked about how conflicts can be positive or negative,” says Ava. “Some of the kids didn’t understand it and Evie helped explain it to them. That maybe the conflict arises if a kid doesn’t understand the rules to a game and the coach assumes everyone understands the rules. Then, it’s actually a positive conflict and a teaching moment to stop the game and make sure everyone understands how to play. She helped me a lot with that lesson!”

We are proud to have Evie on our Playworks team at the Mendell. We know she will continue to be an enthusiastic and consistent leader in her school for the rest of the year. 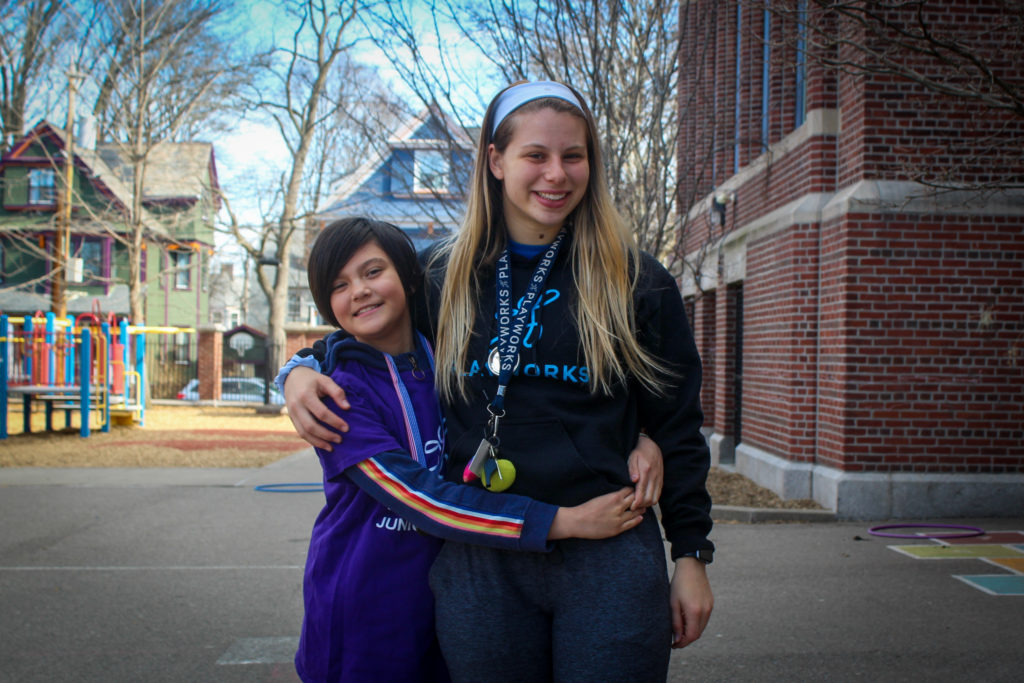 Q & A with Junior Coach Evie

Q: How does it feel to be selected as the Junior Coach of the Month?

I feel really surprised and happy that I got it.

Q: What’s your favorite part about being a Junior Coach?

I like helping the little kids with recess and making them feel happy.

Q: What have you learned from Coach Ava at Junior Coach Training?

I’ve learned a lot of things from Coach Ava! She’s taught me how to handle the kids that need special help or that are hurt.

Q: What advice would you give to other Junior Coaches who want to be successful?

I would tell them to trust their instincts and if they need help they can always talk to Coach Ava or another coach.

Q: What is your favorite game to play at recess?

I like a variety of games but my favorite game is an indoor game called ‘Panic.’ I facilitated it at the Junior Coach Leadership Convention. It’s a game where there’s one person that is ‘it’ and they give instructions to everyone. They say like, ‘jump,’ ‘spin,’ ‘slide,’ or ‘clap.’ Except if they said ‘spin’ they would slide, but everyone else would have to spin. Everyone is trying to follow their instructions instead of their body movements.