Coach’s Blog: How Play Brings the Murphy Community Together

My name is Coach Breandan and I am a second-year Playworks Coach at the Richard J. Murphy School in Dorchester, MA. During my time as a coach, I’ve seen many ways that Playworks has impacted the Murphy School community. I want to share four levels of impact that I see in action every day.

Principal Sheppeck at the Murphy has been a champion of safe and healthy play from day one. Not only has she been supportive in altering the school day schedule to open up more space for recess, she also steps in to lead recess openings and attention-getters from time to time. Principal Sheppeck’s leadership has allowed for Playworks programming at the Murphy School to flourish and we are thankful to call her a partner. 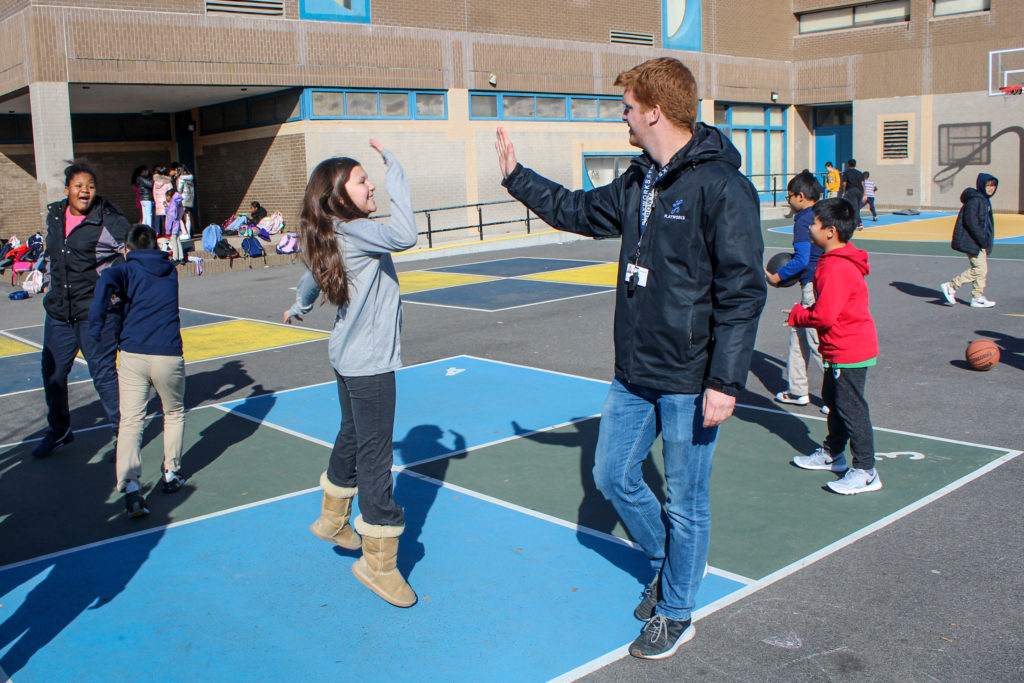 Playworks programming at the Murphy reaches students in grades Kindergarten through fifth grade–a total of 26 classes. These teachers are under constant pressure to meet high instructional standards and need to include ever-increasing instructional time, specialist work, and test prep in their weekly schedules. Even within this system, all 26 teachers signed up for their class to have a full period for Class Game Time. Teachers’ school time is precious and offering a class period shows that our teachers believe in the Playworks program. 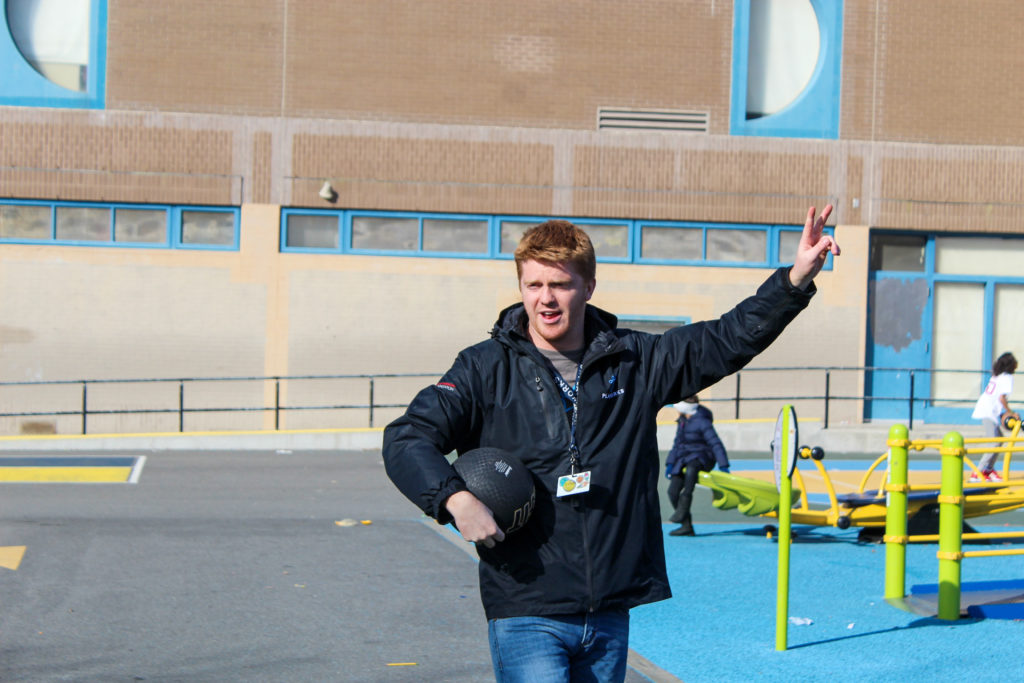 The Murphy School is one of the most diverse schools in the state and its students bring a vast range of experience and culture to the building every day.

Last year when I started at the Murphy, there was a brand new student who I met during my first week. This student could only speak Haitian Creole, so the language barrier made her transition extra difficult. I connected with this child because I could tell she was having a hard time and I could use the fact that we were both new at school to establish rapport.

As the weeks went by I saw this student change from being quiet and hesitant to loud and confident during Class Game Time. The other third graders didn’t stand a chance against her in any tag game we played. Hearing her laugh as she chased them around the field was truly joyous. Many Playworks coaches have a story like this that shows one of the most important pillars of what we do. Play is a universal language and is accessible to anyone. Playworks was the subject that allowed this child to transcend the language barrier and participate in cooperative learning and fun with her classmates. 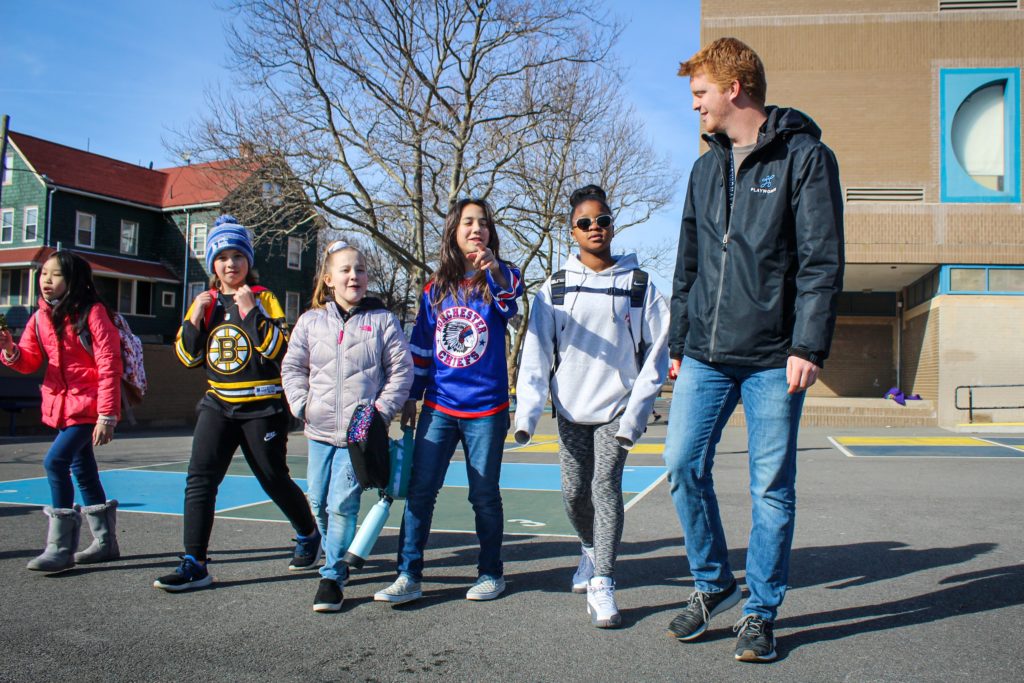 During first grade recess on the very first day of school this year, I heard a child behind me yell “Coach Breandan!” I turned around in time to receive a hug from a child I had never seen before. She looked up at me with the biggest smile and asked, “Do you know who I am?” After a short guessing game, I landed on the correct answer. This was the younger sister of the student I had connected with the year before.

These sisters illustrate to me how Playworks reaches families. My student who had come out of her shell last year had been going home and telling her sister about Playworks. She told her sister so much that on her first day at a new school, she felt she already had an adult at school who would look out for her. For this family, Playworks reached beyond the school walls to impact a family and make at least one student excited to come to a new school and meet her Playworks Coach.

These observations all come from a single school that Playworks has partnered within Boston. Every day across the country, hundreds of Coaches go to their schools and positively impact the administration, teachers, children, and families around them. I know Playworks Coaches across the country all have stories like mine, and it just goes to show that while the work is sometimes hard, the scope of positive change that we are able to bring to our communities is awesome. 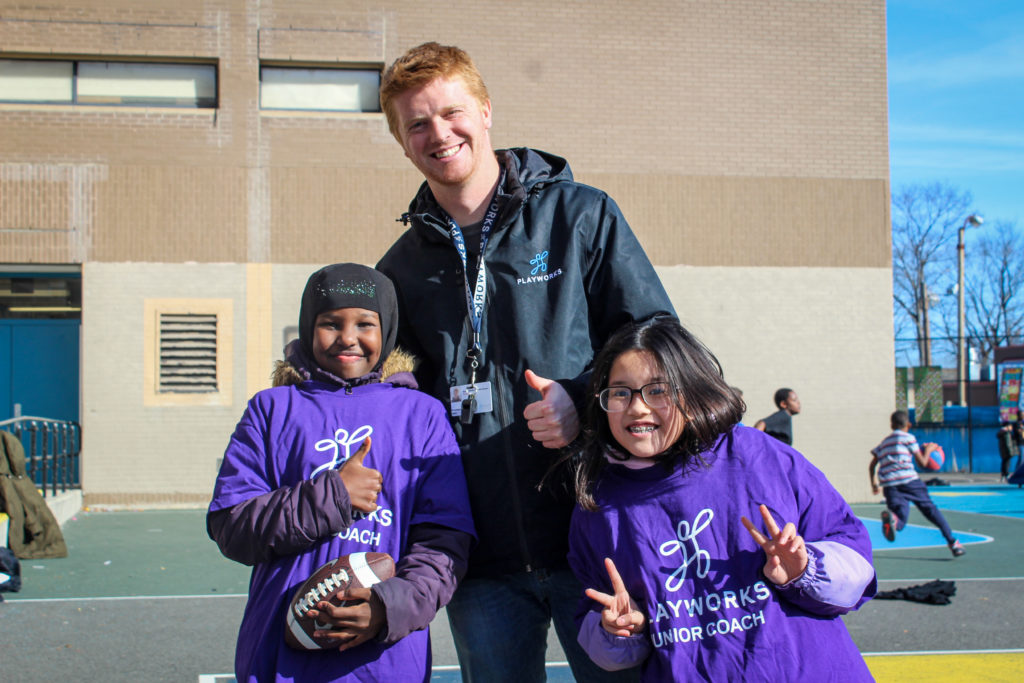