Earlier this month, nearly 300 professionals representing 24 companies across Metro Boston ditched their desks to round the bases for the 11th annual Playworks New England Corporate Kickball Tournament. The event was a tremendous success, raising $36,500 to support Playworks programming for more than 75,000 youth in 140 elementary schools across the region.

Playworks corporate partners are essential in providing kids with access to safe and healthy play every day, often going above and beyond financial support to coach students on the playground during recess in schools and lead playground beautification projects. The annual Playworks Corporate Kickball Tournament provided professionals with the opportunity to engage in an out-of-office experience that demonstrated first-hand the power of play.

Participants competed in multiple round-robin games against other companies. From the sidelines, spectators cheered on their friends, family members, and colleagues.

“Nutter is proud to support Playworks and its important mission of bringing safe and inclusive play to Boston schools,” says Nick Stabile, an associate at Nutter Law, chair of Playworks’ Leadership Council, and co-captain of Nutter’s Playworks Corporate Kickball team. “This was the fourth year that Nutter participated in the tournament to compete for this important cause.” 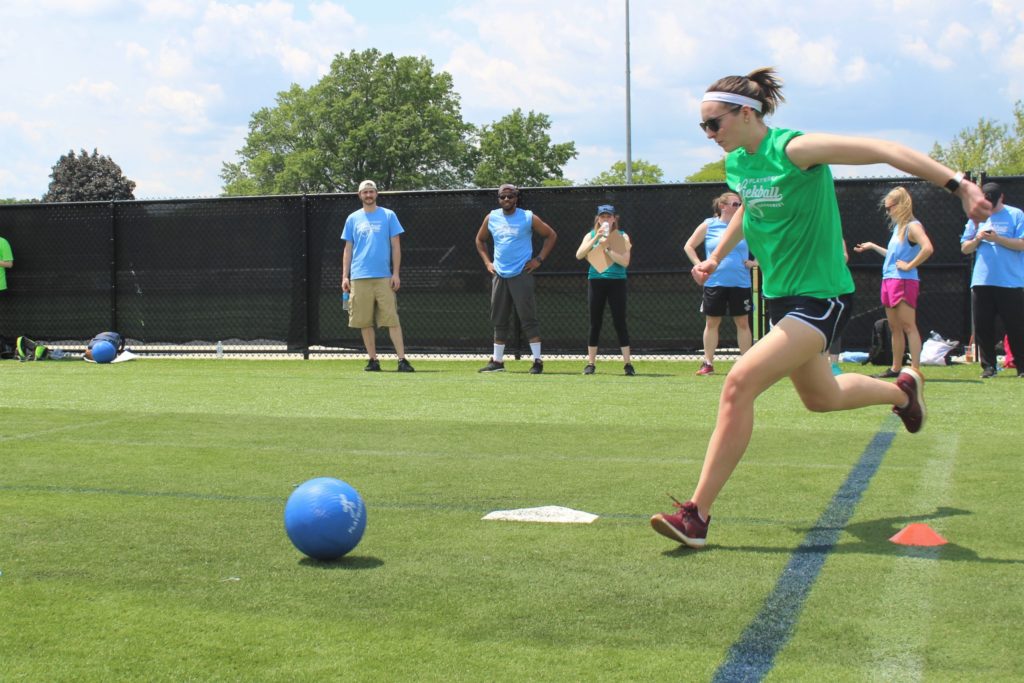 For photos from the event, follow Playworks New England on Facebook (@PlayworksNewEngland) and check out the 2018 Corporate Kickball Tournament photo album.

“Playworks works year-round to get kids in the game to become the best they can be,” says Gay. “We could not do this work without the continued support of all of our corporate partners. We look forward to playing with them again next year!”

All kids deserve the social, emotional, and physical benefits of play. To become a corporate partner or to volunteer at a Playworks school near you, visit: Partnerships.