For New Balance, Investment is More Than Just a Check 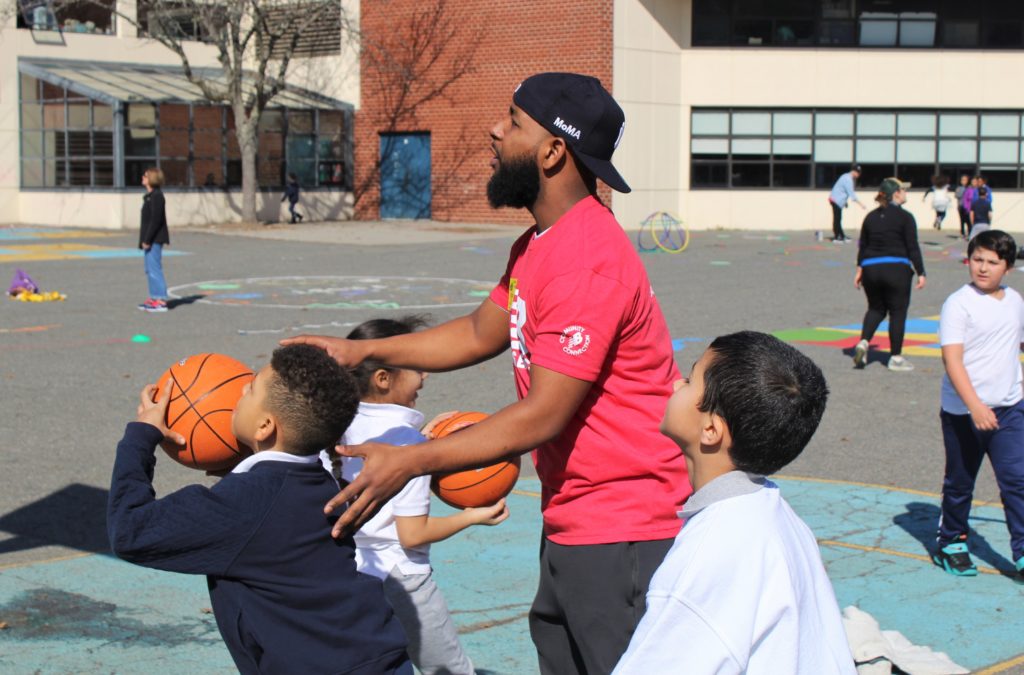 Every day at Playworks schools in Lawrence, you can see students getting active at recess and interacting with their peers and their Playworks Coach.

On many days of the school year, you also see a group of adults in red t-shirts on the playground alongside Lawrence students. These adults are volunteers from New Balance who support our program by serving as role models at recess.

Since 2009, the New Balance Foundation has not only been a dedicated supporter of our work in Boston, but also a key sponsor of our expansion into Lawrence Public Schools.

“We were motivated to expand into Lawrence because they were seeking partners to support the well-being of their students and the children loved to play,” says Playworks Executive Director Jon Gay, “I knew the students would enjoy playing new games at recess and participating in Playworks programs. The teachers and principals were excited to stop the chaos of recess.”

Thanks to the New Balance Foundation, we have impacted thousands of children in Lawrence through direct service and professional development with Lawrence Public School staff.

“Now that we have Playworks,” says Sarah McLaughlin, principal of the Frost Elementary School, “students are more engaged and there are less conflicts between students. All students, regardless of athletic ability, are more active and playing more during recess. The focus is not to be competitive, but to have fun, be active, and be inclusive.”

Since the expansion, it’s been clear that New Balance’s commitment to the students of Lawrence goes beyond the check. Employees from New Balance stores, factories, and office headquarters have served as volunteers at recess at Lawrence Schools for the past 5 years.

Michele Wong, Community Outreach Coordinator at New Balance, has been involved with Playworks since 2014. Michele believes that “New Balance associates volunteer with Playworks because it’s rewarding in so many ways. They get to see firsthand the impact of a program that is making a difference in the health and well-being of kids, and they get to take a break from work to play games!”

Volunteering with Playworks isn’t only a fun break from the office for volunteers; it makes a huge impact on the students we serve. According to Michele, “Adults being at recess shows the kids that while we may not know them personally, we are invested in their success. By the end of recess, both students and volunteers are asking when they can come back.”

We are grateful for the continued support of the New Balance Foundation and New Balance employees. We are excited to continue our partnership to improve the health and well-being of students in Lawrence communities. 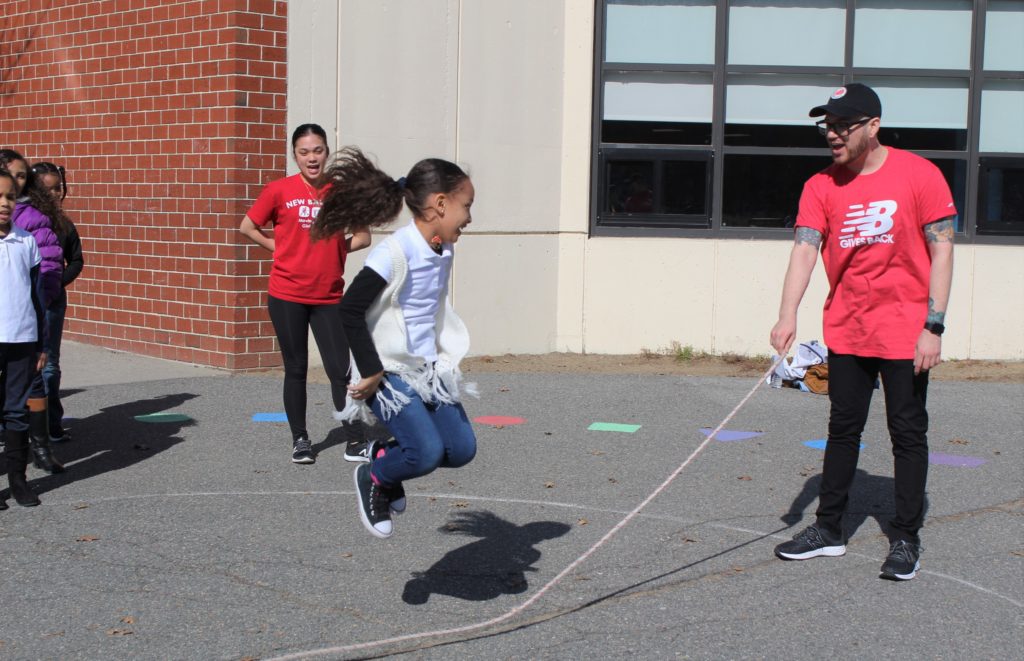