For five years, Playworks New England has partnered with John Hancock to send a team of runners to the Boston Marathon. Playworks is honored to be among the charities supported in the world’s oldest annual marathon and one of Boston’s favorite community events. Over the past five years, our runners have collectively raised $415,000 to support our programs in low-income elementary schools throughout New England.

This year, a team of six will be running on behalf of Playworks. We are grateful for their dedication to raising funds for Playworks and training to run 26.2 miles this coming April.

Get to know the 2018 Playworks Boston Marathon Team: 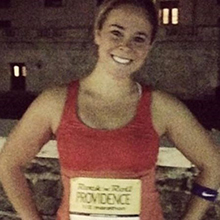 Shelby lives in Newton, MA and works in Communication and Policy for National Grid. This is Shelby’s first marathon, but she’s run two half marathons in Providence, RI.

“I was thrilled when the opportunity came to run the 2018 Boston Marathon. Crossing off a major bucket-list item while helping children was a quick ‘yes’ for me.” 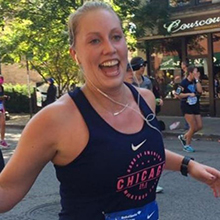 Suzanne lives in Medford, MA where she works as a Social Worker for the Eliot Community Human Services. Suzanne has previously run the New York and Chicago Marathons.

“The Boston Marathon has been the ultimate goal for me since I developed an interest in competitive running. If I hadn’t learned about Playworks in the fall, I wouldn’t have had the opportunity to run this year. It is pretty perfect how much Playworks aligns with my values and work. I can personally see how much of an impact this type of mission has on children in need. Every kid deserves to PLAY, to learn, and to feel safe and supported at school.” 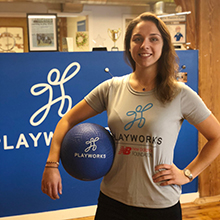 Amy is a Development Associate for Playworks New England and lives in Dorchester, MA. This will be Amy’s first marathon.

“I never thought I’d want to run a marathon, but for some reason when I considered doing it for Playworks I started to change my mind. I just moved to Boston and started working for Playworks this year. I’ve heard incredible things about the Boston Marathon; it seemed like running it would be an unforgettable way to experience it for the first time. Plus, I’m excited to have this platform to talk about Playworks and build support from within my network.” 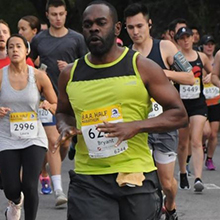 Bryant lives in Hyde Park, MA and is a Senior Project Manager on the IT team at Blue Cross Blue Shield of Massachusetts.

“In 2016, I was diagnosed with prostate cancer. On the day of my diagnosis, I was laying the groundwork to run the 2017 Boston Marathon with my older brother, Charles. My diagnosis put that on hold for me while my brother went on to successfully run the marathon. I had successful prostate surgery in February 2017 and have since been on a mission to run the 2018 Boston marathon.

I have more personal goals to achieve but none more important than the future of my children and the others across the world. Playworks plays a pivotal role within our communities and makes the future of our youth that much brighter.” 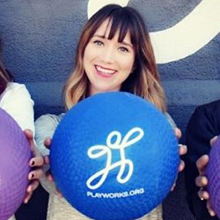 Audrey works in Learning & Development for Playworks at our national headquarters in Oakland, CA. She lives in the San Francisco Bay Area with her three-year-old son, Colin, and is pursuing a Master’s Degree in Organizational Leadership from St. Mary’s College. Audrey has previously run three half marathons and two full marathons, all in her home state of California.

“Playworks works hard to create a safe space in schools where all children have the opportunity to be themselves, work together, and resolve conflicts respectfully. These are the citizens we want to be raising – and the type of citizen I want my son to become – who grow up to become the empathetic, purposeful, and participatory adults we need in our democracy.” 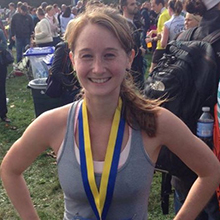 Molly is a Social Worker at Eliot Community Human Services and lives in Charlestown, MA. Molly has previously run the New York City Marathon and four half marathons. Molly also runs her favorite race, the Beach to Beacon 10k, every summer in her home state of Maine.

Why I’m Running For Playworks:

“I felt compelled to run as a member of the Playworks Team to create a difference in the community I live in and support youth in developing skills for social and emotional learning. I have learned how effective Playworks has been in previous schools and I hope that the donations I raise can help support another school or child that may not otherwise have the opportunity.”