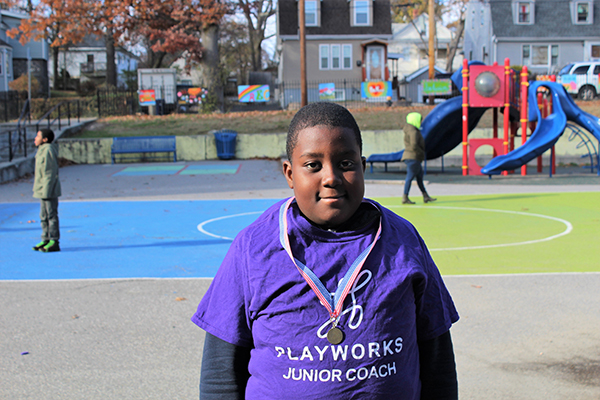 During recess, you’re likely to find Jovany leading games and acting as a role model for both younger students and his peers.

According to Coach Chris at James Chittick Elementary, “Jovany is always willing to do what is asked of him—whether it’s playing a tag game with kindergartners and running for 20 minutes straight, or teaching his tough fourth-grade peers the correct way to play kickball. He understands what he does is tough work but Jovany is up for any challenge any day, and is always willing to try new things.”

We are thrilled to have Jovany on our Playworks team at Chittick Elementary. We know he will continue to make excellent happen at school every day, demonstrating Playworks’ core values of respect, healthy play, and inclusion. 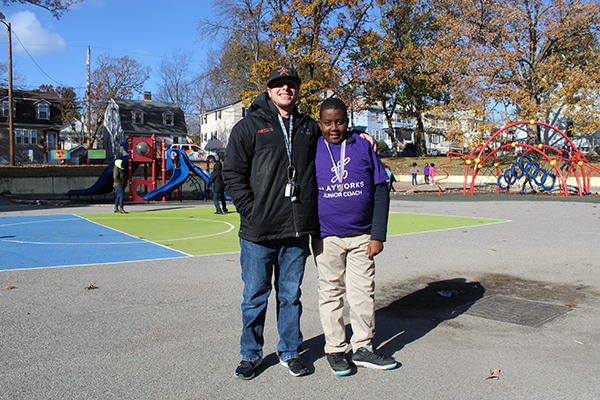 Q & A with Junior Coach Jovany

How does it feel to be selected as the Junior Coach of the Month for Playworks New England?

“It feels very exciting because I’ve barely won anything before.”

What’s your favorite part about being a Junior Coach?

“My favorite part is helping other people. Like, if they get hurt, or by teaching them new games and stuff.”

What is one thing you’ve learned from Coach Chris at Junior Coach Training?

“One thing I’ve learned is that you’re not just here to play outside. You’re here to help other children be successful. Like, if someone was a third grader and I showed them how to be a nice person and respect others then they might become a Junior Coach too.”

What is a piece of advice you would give to other Junior Coaches across New England who want to be successful?

“The advice I would give is that the more you respect each other and other people, even if it’s not your friend, the more you’ll get rewards and other things like that.”

What is your favorite game to play at recess?

“My favorite thing to play is kickball, basketball, and football.”