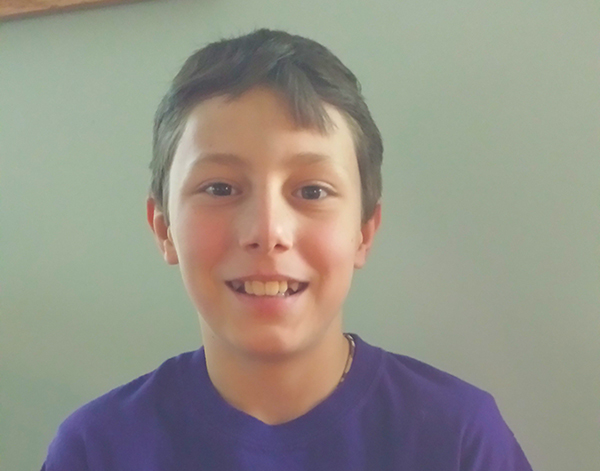 Junior Coach Julian is a 5th grade student at the West Somerville Neighborhood School with Playworks Site Coordinator Caroline and Recess Coach Dick. As a new student to the school this year, Julian was nervous he would not have an equal chance at being selected as a Junior Coach. However, Julian has strong natural leadership skills from playing on his baseball team and was already a natural role model to his younger brother in the first grade. It was no surprise that he was recommended by his classroom teacher for the program.

During the month of January, Julian flourished in his role as Junior Coach. Julian's enthusiasm for the role and his dedication to inclusion out on the recess yard has allowed him and the entire Junior Coach team to create a healthy community out at recess. During soccer games, he makes sure that each team includes all ages and that genders play together. He creates a safe and fun environment at every game he leads so students, regardless of their ability, are not afraid to jump in the game. Recess Coach Dick Johnstin is happy to have Julian as a part of the Junior Coach program and we look forward to seeing him continue to grow as a student, leader, and Junior Coach.