The Volunteer Perspective-A 2022 Reflection from our Board Member 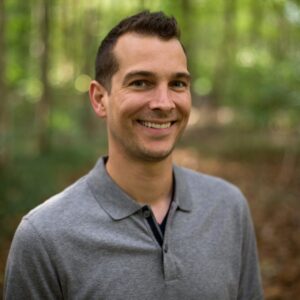 Starting the year off with a bit of reflection, and decided I wanted to share my story about joining a non-profit board, Playworks Indiana. Lot’s of people have asked me “how did you get on a board?” or “What is Playworks?” So, in an effort educate my friends and family, my professional network, my teammates at work, and really anyone who may stumble across this-I wanted to put some words out there about why Playworks Indiana is so special to me and how I came to eventually join the advisory board.

Let me start by explaining how I got involved with Playworks.

I joined Salesforce in July 2016 and quickly discovered a strong emphasis on volunteering, and how important it is to give back to the community. I had very little previous experience volunteering outside of ringing the bells for the Salvation Army, but Salesforce provides every employee with volunteer time off (VTO) to ensure we have a chance to make an impact. We also have a neat little hub site, called Volunteerforce, to help us find volunteer opportunities, and/or organizations that need a helping hand.

I really wanted to embrace the company culture of giving back, so I spent some time early on looking for opportunities to meet my co-workers while volunteering. I packed lunches at Gleaners, cleaned up a park, and even hand made cards for kids at Riley’s Children’s Hospital. One day, I stumbled upon a really interesting post about a volunteer opportunity to play at recess, right in the middle of the work day. Naturally, I signed up immediately. Who doesn’t want to leave the office and go play for a few hours? What I didn’t know at the time was I was headed down a path of latching on to a non-profit that is really making a difference for kids in schools.

I showed up to my first “Playworks Volunteer Play Day” early in the morning ready to have fun. I met some interesting colleagues while we got an overview of the organization, the school, and some of the games we would be playing through the day. We even practiced one of the games Bridge Ball, which got us all super excited for recess.

We went out to the playground early and set up game stations and organized plans for how to gets kids interested in playing, and how to help the kids resolve conflicts using Ro Sham Bo (Rock Paper Scissors). When the first wave of kids came out, they were so curious. “Who are these adults?” and “What are these stations?” and as the recess Coach helped explain what games they could play, I quickly started getting the kids excited to play with me.

The day flew by! We played Steal The Bacon, Statue Tag, Switch, Four Square – and as each new group of kids left and the next group came out, I couldn’t help but think about how cool this must be for them. A full grown man out here playing (like, really playing) and having fun right alongside them. When I was a kid, the adults weren’t there to play alongside us, we were just left to our own and they merely chaperoned.

It wasn’t until the very last group was wrapping up that I realized just how important this kind of recess/play was for them. One of the kids looked up at me and asked if I would be back again tomorrow, and that really hit me. These kids might not have an adult they can play with. They might not even play games outside of recess. I told that young boy how much fun I had playing with him and his friends, and that I would come back as soon as I could. 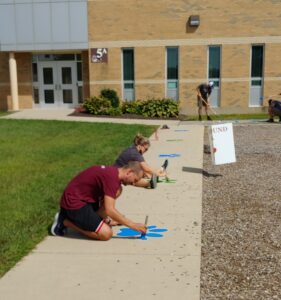 After recess, my Salesforce colleagues and I spent some time reflecting as a part of the afternoon. Then we closed out with a Ro Sham Bo tournament and went back to work. When I got back to the office, I filled out a survey and told the story about the boy who asked if I could come back. A few days later, the Executive Director, Jo, reached out and asked me to meet her for coffee so she could hear more. Little did I know I would eventually be asked to join the Playworks Indiana advisory board. Something I had no idea was a possibility for me.

When Jo first asked me to join the board, my initial reaction was “Really? Me?” I had no prior experience on a nonprofit board, and I didn’t even know if I had the extra time to commit to that kind of volunteer leadership. I had just started a new job and my wife and I were expecting our 2nd child any day. But Jo was adamant that I could have an impact, and she was really excited about my enthusiasm after just one volunteer Play Day. I took some time to think about it, but Jo never gave up on me, and eventually I joined the board in Spring 2018. Ever since then, I’ve been fundraising, organizing Play Days and playground beautification projects, and volunteering my time to Playworks whenever possible.

This school year, Playworks is celebrating 25 years of bringing the power of play to kids all across the country. That’s a whole generation of kids who grew up, and now have their own kids to pass along the life lessons and skills they learned on the playground. Games they can play in their yard, or even in the living room. Ways to positively resolve conflicts with others and get back to playing. How to be inclusive. How to cheer on your peers, even if they might be different than you. Most importantly, this generation can pass down how to stay active and have fun.

As I take time to reflect on this story, it reminds me of the impact we’re having and will continue to have on school playgrounds across Indiana. Being present with children is key, but teaching them how to play alongside each other is what will last for generations to come. 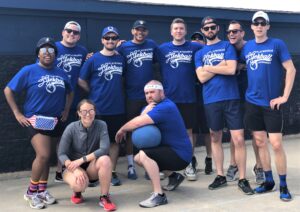 What I hope you take away from this is motivation to get involved. Whether it’s as a volunteer, or a board member, a fundraiser, a donor, or maybe just playing with your own kids – get out there, and have fun doing it!

All IN Sports: Expanding our Impact ›

Playworks Indiana is excited to share our Mid Year Impact Report with you! In this Impact Report you can find our impact numbers so far this year, an update our All IN Sports League, an insight to our Tag Team pilot with the Boys and Girls Club, and our recent case study on our Junior…