Celebrating April Coach of the Month

Our April Coach of the Month is….Coach Lucas! Coach Lucas is a half year AmeriCorps Program Coordinator at Meadow Community School in Thornton, CO. Coach Lucas started with Playworks Colorado in December and has already made a huge impact on her school community. 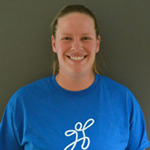 During the month of April, Coach Lucas has managed to take a Playworks program that was already strong and make it even stronger. In the past, the school’s closings were simply the recess staff lining up students at the end of recess. The transitions were smooth and as a result, that is how they remained. When Coach Lucas started at Meadow, she sought out feedback from the recess staff about anything new that they would like to try out at recess. After hearing their feedback, she decided to make closing cheers and claps a part of the routine. Now, Junior Coaches lead closing transitions daily, along with student volunteers stepping up to lead inventive new closing claps to get students ready for the classroom. Coach Lucas has made it a point to collaborate with her recess staff and value their input, and it is no coincidence that her recess staff is among the most involved out at recess.

Thank you Coach Lucas for bringing safe and healthy play to Meadow every day! 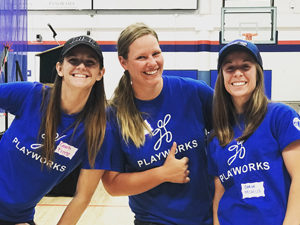