Fun lunch time getaway had by all who joined Playworks for a game of rock, paper, scissors at the Arizona State Capitol on May 16, 2022.

“The Grand Canyon State modeled true bipartisan leadership this week thru a lively round of Rock Paper Scissors at the State Capitol,” Playworks Arizona Advisory Board Member Emily Anne Gullickson said. “We know kids who are engaged in recess are more likely to participate in class, which means better attendance and greater academic success. We are grateful for the policymakers and leaders from the Capitol community who participated in our inaugural event and helped us showcase the value of Play in our schools across the state.

Attendees competed in pairs, until we got to a final pair; each participant hoping to throw the winning rock, paper or scissors at the right time. High five to Senate Education Chairman Paul Boyer who walked away as the winner of the day!

“It’s wonderful to see students outside and solving problems through play. You can never go wrong with a friendly competition of rock paper scissors! In fact, legislators at all levels of government could use more team building and collaboration through play.” Senator Paul Boyer, Education Chairman

Across the nation Playworks is attempting to break the current Guinness World record for largest rock, paper, scissors tournament.  This is the 6th mini tournament held in Arizona for Playworks in an effort to break the record. Arizona’s efforts began in October 2021 with a fundraising event, followed by a corporate tournament in April and three school wide tournaments at partner current Playworks schools; Emerson (PESD), Cheatham (LESD) and Copper Trails (AESD).

“Playworks uses rock, paper, scissors as a conflict resolution tool with students at our partner schools. Not only does it help to resolve conflicts, but it is fun as well. It was great to see lawmakers having fun with this simple tool which students across the valley use daily. Arizona is also proud and excited to contribute to beating the world record,” said Kerryann Tomlinson, Playworks Vice President, Field Operations

Special thanks to the Playworks Arizona Advisory board members Emily Anne Gullickson, Mary Hickey Reynoso & Davida Redmond for attending and supporting the event and Màs Bilingual Marketing for documenting this historical event via photo and KB Woods via video.

Check out some photos from the day! 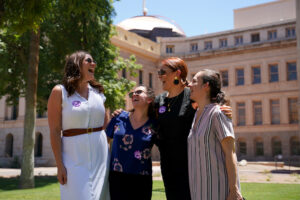 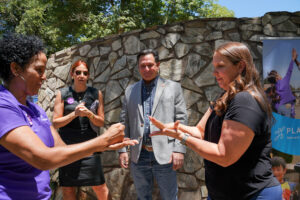 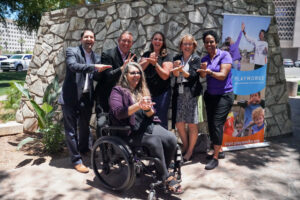 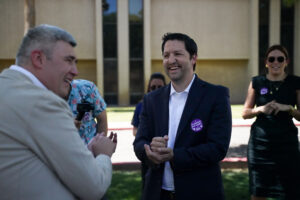 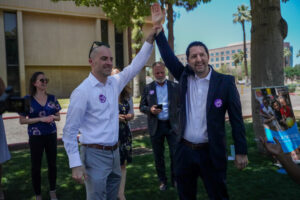 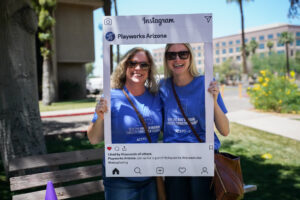 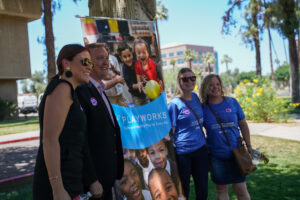 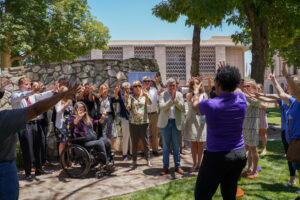 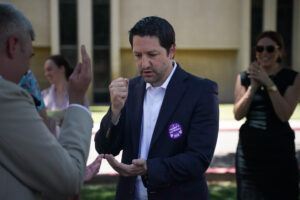 Playworks Arizona’s Eat, Drink, and Be Giving event hosted by the Playworks AZ Advisory Board was a success because of champions of play, like you. Thank you for joining us on Friday, October 29th to celebrate the power of play. We hope you enjoyed the event as much as we did! That evening, Playworks Arizona…