Homerun at Crenshaw High with the LA Dodgers 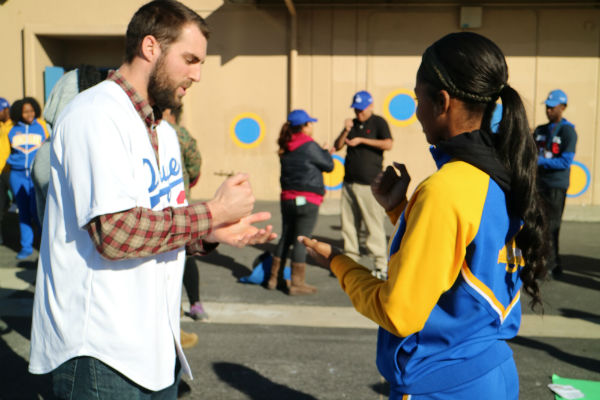 The L.A. Dodgers asked Playworks to lead some games to allow for the students to interact with the players in a fun and memorable way. To kick it off, one of our Program Managers, Janelle Matthews, led an awesome icebreaker called “Mingle Mingle” that gave the players and the students a chance to talk and learn about one another. Then once divided into teams, both students and players participated in games of ro-sham-bo, castleball, and one strike, two strikes, three strikes that were facilitated by various members of our team. At the end of the celebration, another one of our program managers, Calvin Hamilton, led a fun cheer and a huddle to bring it all together.