Girls get game at extravaganza

Playworks Pacific Northwest kicked off the new season of our girls basketball league this year with our annual extravaganza at the University of Portland campus. The event was a great success with fourth and fifth graders representing all 14 Playworks schools in the Portland metro area. The Playworks Basketball Extravaganza is a great way for girls to build new basketball skills and learn league rules in a fun, respectful and non-competitive way. The girls were sorted into groups with players from other schools in order to meet new friends and get to know players in the league. Participants rotated through coach-led stations, learning skills such as dribbling, passing, defense, shooting and of course cheering for other players. Throughout the event you could see players exemplifying the league rules of respecting the game, playing hard and having fun.  High fives were abundant during this awesome event. 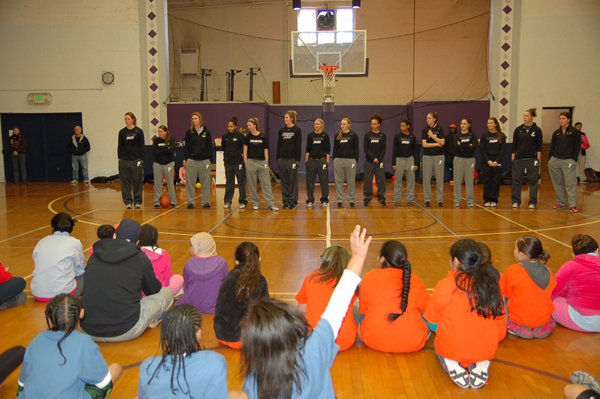 The extravaganza concluded with a visit from the University of Portland women’s basketball team. The team did a demonstration of their basketball drills and  answered questions from the girls about basketball and how to be a good team player. Playworks Pacific Northwest would like to thank all of the awesome coaches for leading groups and stations, the great volunteers, all of the parents for their support, and the UP Pilots women’s basketball team for inspiring our players. Our fourth and fifth grade girls will be playing hard and having fun in league games over the next two months throughout the Portland metro area. 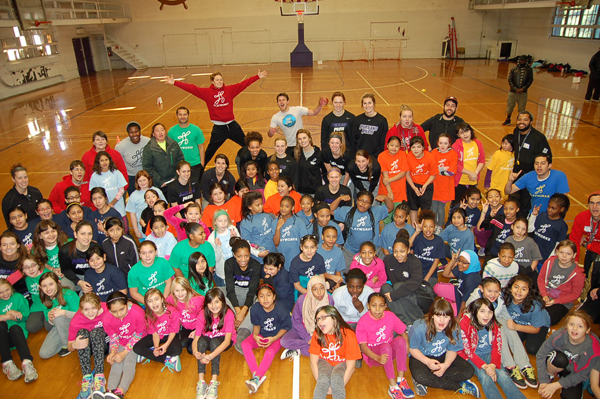