Coach Ed is Portland program coordinator of the month 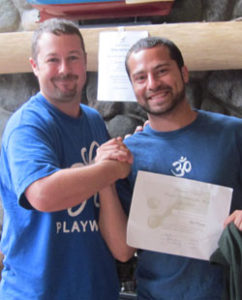 Congratulations to Coach Ed, our program coordinator of the month!

If Ed and his program had to be described in one word, it would be ‘solid.’

Ed is consistently playing at recess, handing out high fives like they were hot Cheetos. Ed’s program runs like a well-oiled machine, and he is constantly adding new games (bucket ball), incentives, and ways to make the playground a safer, more engaging place to play.

Ed has a great rapport with the staff, students and families at Cesar Chavez, but none more so than his  junior coaches. Ed has worked diligently, and has succeeded at motivating his junior coaches and helping them to become the positive leaders of the playground and school. On a daily basis, the junior coaches at Cesar Chavez can be seen solving problems through the powers of ro-sham-bo, engaging students in play, and explaining rules to the many games that are played.

As a second-year program coordinator, Ed has also taken on professional development opportunities, such as league coordinator during basketball and volleyball, providing support during trainings, and helping plan the Junior Coach Conference. Ed is the epitome of a team player, always willing to help out his fellow PC’s and offer support, ideas and suggestions. Despite the challenges and stresses that come with being a program coordinator, Ed always has a positive attitude and a smile on his face (and those dimples!).

Keep up the great work, Coach Ed! You rock!