Playworks Portland teamed up with the University of Portland Social Work Club for National Conflict Resolution Day hosted at the University of Portland, with Emcee, Rob Ingram, City of Portland Director of Youth Violence Prevention. Special guest, Multnomah County Commissioner, Deborah Kafoury read a proclamation passed by the Multnomah County Board of Commissioners naming the third Thursday each October going forward as ‘Playworks Conflict Resolution Day’. Following the Portland premier of the documentary “Elementary Cool,” a question and answer session was led by Gracey Nagle, co-producer of the documentary. We were honored to have one of our junior coaches, Chloe, a 5th grader from Sitton Elementary, who took the stage confident and perfectly poised and did an amazing job of fielding questions from the audience about her experiences, challenges and successes as a junior coach at her school. We wrapped up the evening with hosts and attendees playing a raucous round of Ro-Sham-Bo Rockstar, which ended the night on an awesome note! 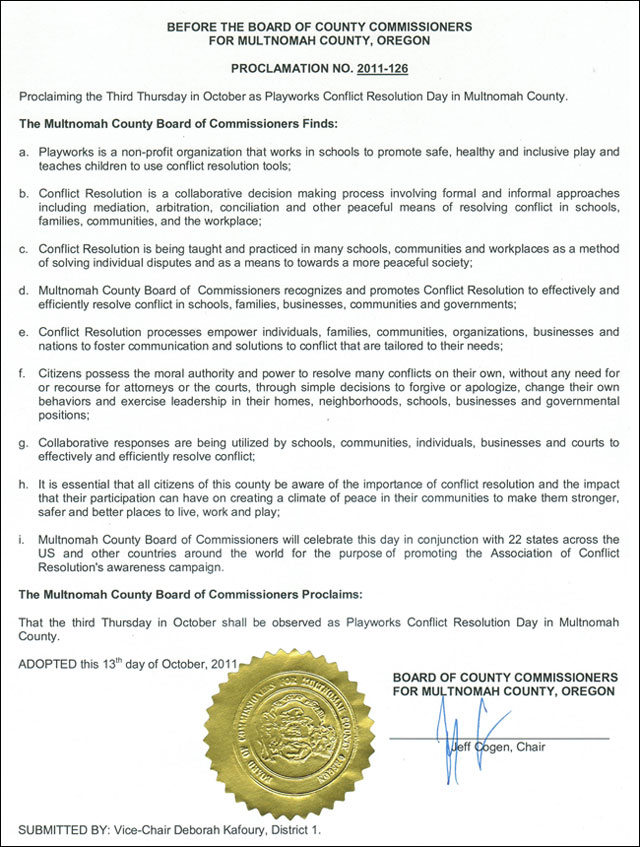