More than 150 students at Bayview Elementary School  in San Pablo had the time of their lives on Tuesday, June 4th, as four-time Olympic gold-medal swimmer Missy Franklin paid a visit to the school’s  Playworks recess. Joining Playworks and Laureus Sport for Good Foundation USA, Missy came to inspire the kids and encourage the healthy, inclusive and active play that Playworks promotes at Bayview and in hundreds of other schools throughout the U.S.

Missy, recently named Laureus World Sport Award Sportswoman of the Year and now a student at UC Berkeley, was all smiles as she was mobbed by a throng of first through sixth graders seeking her attention.  She gladly signed more than 100 autographs, and got down on the ground with the kids to join in a rousing game of four-square.

Even the grown-ups were not immune from Missy’s infectious personality, as an impressed Principal Humphrey Kiuruwi admired her interaction with his students and said, simply, “you’re amazing.”

The students and staff at Bayview weren’t the only happy people on this beautiful June day. Missy was clearly having a ball, evidenced by the smile that never left her face. “I could do this all day!,” she said through her large grin. And on a more serious note, she told us that coming to schools like Bayview was a priority in her life.

Many thanks to Missy Franklin for taking time out of her demanding swim practice schedule to delight the Bayview students and support Playworks’ efforts to bring the power of play to every kid. And a special thank you to Laureus Sport for Good Foundation for making it possible! 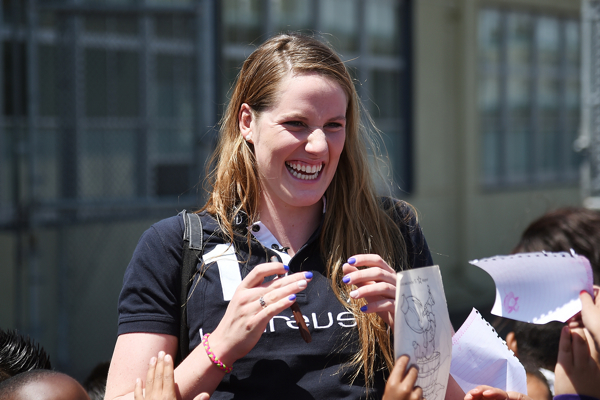 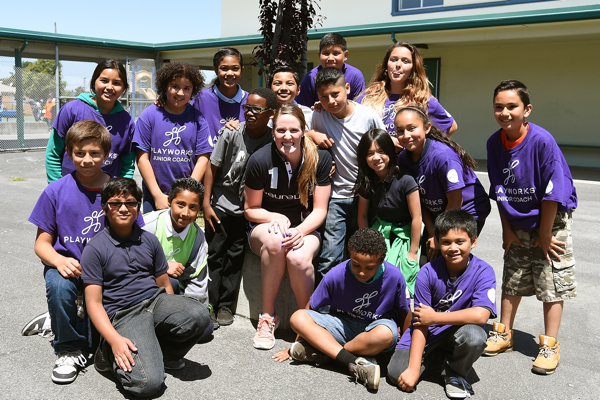