Leadership and Sports Inspire Couple to Partner with Playworks 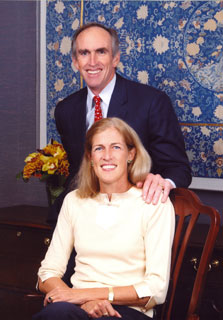 Dick and Lisa Cashin have a long history of investing in sports, kids and hard hit urban communities.  And now they’ve carried that over to the East Bay as Honorary Coaches partnered with Richmond’s Sheldon Elementary.

After a legendary rowing career at Harvard, Dick, CEO of One Equity in New York City, went on to win a world championship medal, and represented the US on the 1976 and 1980 Olympic Rowing Teams.  He is still a dedicated athlete, involved in sports governance and donates significantly to create opportunities for youth to participate in sport at every level  – from elementary school to the Olympics.

Dick’s  philosophy is that “sports give three gifts” :

Lisa Cashin’s Harvard senior thesis on Boston’s South End may have been the seed that led to her career redeveloping blighted urban communities as Director of New York City based LISC – Local Initiatives Support Corporation.   In addition, as President of the Board of Trustees for Prep for Prep also in New York City, she is actively invested in cultivating opportunities and leaders among at risk youth.   Playworks’ powerful Junior Coach Leadership Program, caught Lisa’s attention.

“The earlier we can teach and inspire kids to be leaders the better it is for our communities,” she says. “Playworks gives kids the tools, training and opportunity to own the change at their schools.  It’s exciting to see big kids facilitating games and resolving conflicts among the younger students.”

Playworks Coach Laura Kocourek was thrilled to hear the Cashins have invested in Playworks and are Honorary Coaches for Sheldon.  It was especially sweet since she rowed crew at St. Mary’s College in California and continues to coach her alma mater at the end of a long day with her Sheldon kids.