“Schools are going weeks without hearing from kids. Calling it a tragedy doesn’t do it justice. Even if kids are safe, they’re still lost kids because they aren’t connected,” Tyler Davis, Playworks Site Coordinator in Buffalo, NY, explains about kids in the pandemic who haven’t been attending school virtually. At the end of the pandemic, some kids will experience learning loss, some will miss out on critical opportunities to develop, some will be very disconnected from their communities, and some will miss out on many of the joys of childhood that they would have otherwise experienced. 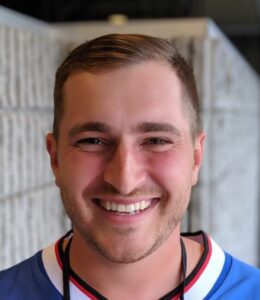 Tyler knows that it takes the entire community of youth-serving programs and people to support kids through this pandemic. “We take it personally,” he said. And through his work at Playworks, he’s a part of the support network making a critical difference.

This school year Tyler has been supporting kids at West Side Community Center, a virtual learning support center in Buffalo, which brings together kids from across the city and across all grades attending class online. The thirty K-8 students’ schedules hardly align. When kids need a movement break or someone to talk to, Tyler is there for them. For many of the kids, this is the only time in their school day when they truly have agency and can use their voices, make choices, and have fun. At 2:30 p.m. more kids arrive from around the city and they have three hours of recreational activities, including Playworks games intentionally designed to promote physical activity and social and emotional development.

“For every 30 we have here, there are 30 that are lost. I only have so much power to prevent that, but that’s where I put my power,” said Tyler.

Tyler has been with Playworks for two years and is a longtime supporter of youth in Buffalo. Before the pandemic, he provided a school with programming support through a Playworks direct service. This school year, his support was needed most in a community center, so with support from Playworks, his position was reimagined so that he could provide the most critical services to the local kids.

Growing up in Western New York with parents who were teachers, Tyler found his passion for education and youth early. He was drawn to the City of Good Neighbors because he believes people in Buffalo, “do right by our community. We have the capability, intention, and we make it happen.” 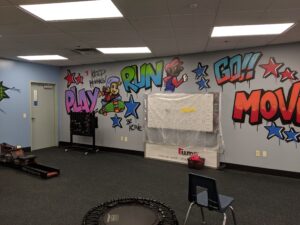 He began working for Playworks at Enterprise K-8 in fall of 2019. Prior to that he’d been very involved with collaborative efforts within the community of nonprofit and youth service and sports organizations. He’s coached youth tennis; co-founded Nickel City Ultimate in 2017, an ultimate frisbee nonprofit he still helps to run; worked with Algonquin Sports for Kids from 2017-present; studied music education at Fredonia from 2010-2015; and more. He’s been connected to youth-supporting organizations in the community for over five years. Yet, when he began working at Enterprise, he quickly realized that the school was very different from the school he attended as a child and from his previous experiences.

“Kids at this school had life experiences I’d never dream of understanding,” he acknowledged.

“He wants to be a kid, he just doesn’t know how to express himself,” Tyler thought.

Tyler slowly built up a relationship with Carter. When Tyler would go to Carter’s class, Carter would be his helper. Soon, they’d developed a secret handshake. If Tyler put out his hand for the handshake and Carter didn’t reciprocate, then Tyler knew he was having a bad day and would pull him aside to make space for Carter to talk about anything. Tyler kept showing up for Carter. 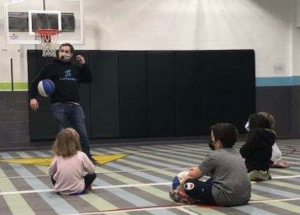 Kids like Carter need the caring support of someone like Tyler in their life. Through no fault of their own, the school did not hear from Carter for weeks after the pandemic struck.

The pandemic highlighted that the phrase “it takes a village” to support our kids should actually be transformed to “it takes a City of Good Neighbors.”

Every single school and youth-serving organization in Buffalo is essential to help kids like Carter. Playworks has been proud to be a part of the community since 2012, strengthened by support from the Ralph C. Wilson Jr. Foundation. Each community partner has a slightly different approach as to how they will support kids like Carter, but what matters in the end is that kids like Carter feel supported.

When asked if the youth-serving community of Buffalo has enough of what it will take to help kids whose education and joyous childhood could be lost from this pandemic, kids like Carter, Tyler didn’t miss a beat. “It has to be enough,” said Tyler.