Developing leaders on and off the playground

Before Playworks came to Gustavo’s school, he says recess was bland with just three options for how to spend the time. After Playworks came, there were actual games, regulations for games to make them consistent, a lot less harassment of people making fun of other people.

“After Playworks, school felt like more of a safe haven.”

Playworks also brought the Junior Coach Leadership Program through which students in upper grades are selected to participate and learn skills to become impactful leaders and mentors to their peers and younger grades. 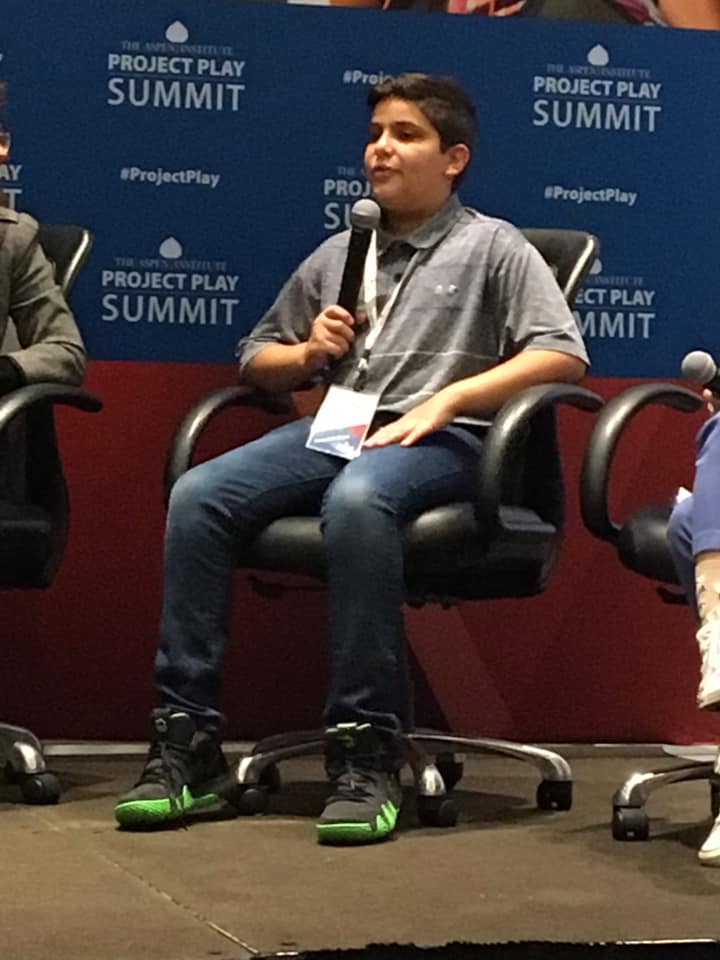 Gustavo’s father Francisco said that Gustavo was always a natural leader, but through the Playworks JCLP, Gustavo honed his skills and became an even stronger leader. And this is so important to Francisco because he has seen how leadership skills can help individuals “for the rest of anyone’s life, no matter what path you’re going on.” As he explained, “No matter where you’re going there’s always going to be someone you’re going to have to help. Leadership really shines through at the best moments but it’s always there.”

After seeing the impact Playworks had on helping to amplify his son’s leadership abilities, Gustavo’s father Francisco shared,

“I would love [Playworks] to be in every school.”

And Gustavo didn’t limit his enhanced leadership skills to the playground, but instead discovered other ways to use his voice and superpowers for good. From speaking at the Playworks Michigan Get in the Game gala to engaging with Detroit Lions NFL players in community events and sharing his experience on NBC4 channel 4 news, Gustavo helped kids and adults alike recognize the power of play.

In 2019, Gustavo was invited to represent Playworks as a member of the How to Put Kids’ Ideas into Action roundtable discussion at the Aspen Institute’s Project Play Summit. He was selected to sit alongside professional athletes, industry leaders, politicians, and Olympians to share his experience as a young leader within Playworks as Junior Coach.

“A lot of adults jumped into the games, I think they appealed to everyone that played them. They’re just that much fun.” 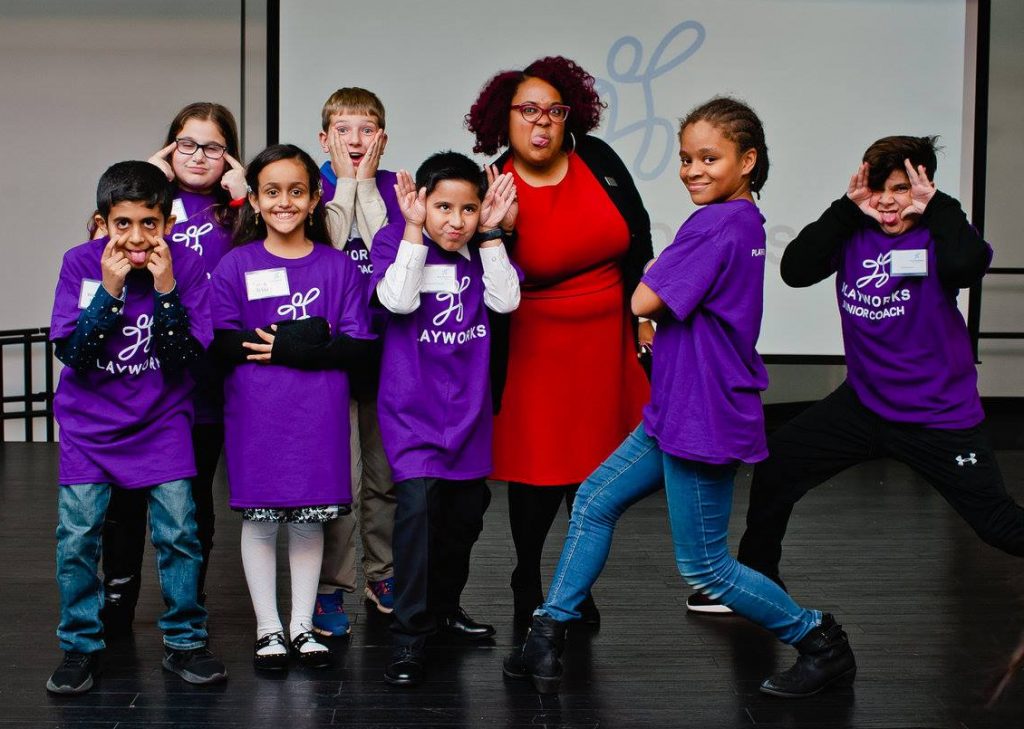 Although Gustavo has continued on to middle school, the skills he developed have continued to have a positive impact on him at school, at home, and in the community. Now as a seventh-grader, Gustavo looks for opportunities to incorporate play in his school days, even when recess isn’t offered. He has found that through play, he can build connections and relationships with others. His secret? “make sure you’re having fun more than winning.”

Students like Gustavo help Playworks transform school communities through their commitment to being team players and promoting fun, inclusive environments for all students.

As his father Francisco said best, “I’m so proud of him.”

Gustavo’s story is part of our 25 Anniversary celebration collection. Enjoy more stories from coaches, school partners, supporters, and kids like Gustavo on our anniversary page.

Sharifa Mohamed has worked as a noon hour aide for the last five years. The same group of enthusiastic aides had been on their school’s playground for years, helping to provide a safe space for kids to laugh, learn, and play. Sharifa had a passion for working with children and approached Playworks eager for more…

Junior Coach Natalie is making Playworks a family tradition. From the very first day, she knew the rules to almost every game, and even some cheers her Playworks coach didn’t know. It turns out Natalie had been learning what it means to be a Junior Coach since seeing her older sister Abby serve in the…