Regional Board membership at Playworks Pennsylvania is voluntary and reserved for experienced professionals with a strong interest in supporting innovation in education and the health and well-being of Pennsylvania’s and the Greater Delaware Valley’s children. Each board member is selected through a rigorous review process for their specific skills in law, finance, development, health, marketing, PR/media, evaluation, and education. All agree to participate in site visits, fundraising activities, and quarterly board meetings with occasional committee meetings and conference calls reserved for targeted discussions and strategic decision-making.

Playworks Pennsylvania has several open board positions. Please send all resumes/inquiries directly to our Executive Director, Ivy Olesh at ivy.olesh@playworks.org. 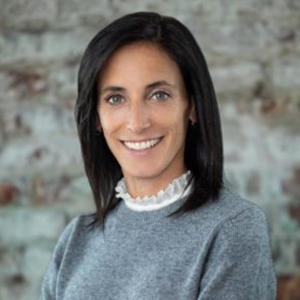 Brigitte Addimando is a Managing Partner at Raven Point Consulting, a Philadelphia based strategy and operations consulting firm she founded in 2011 that specializes in assisting small to medium-sized organizations in identifying growth opportunities and implementing necessary steps toward achieving strategic success.

Brigitte previously held positions in business development and account management at Energy Plus, BarclayCard US and American Express. Prior to these roles, she attended the Harvard Business School where she earned her MBA. Brigitte also received a BSE from Duke University and an MSME from MIT, which led her to a short but exciting career in auto racing with Honda Performance Development. She now lives in Philadelphia with her husband and three children where she also serves on the Board of the Uplift Center for Grieving Children and the Fitler Foundation. Her passion for empowering the city’s youth through education and coaching defines her personal mission and is at the core of her work through the for-profit and nonprofit sectors. 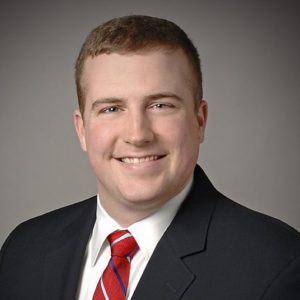 Michael Fazzini is the Controller for CRC Industries. Michael grew up in Plymouth Meeting, Pennsylvania, and is a graduate of Villanova University. He’s a die-hard fan of all things Villanova, as well as the Philadelphia Eagles, Phillies, Sixers, and Flyers. Michael enjoys spending time with his wife and children, traveling, making wine, going to the shore, and listening to music. 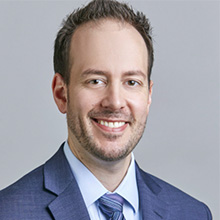 Bret Kleppinger is a Director at PwC, a global Consulting, Audit, and Tax firm. He has worked in the Technology and Management Consulting line of service for PwC for over 14 years, all based in the Philadelphia Office. He has worked across industries (Consumer Markets, Media & Tech, and Education), and internationally in Japan, Mexico, and Canada. Bret works with his clients throughout the strategy through execution continuum, and specializes in managing enterprise wide initiatives, transformations or programs with a focus on execution and results. He also champions PwC standardization and automation initiatives to upskill, digitize and automate solutions internally and for PwC’s clients.

Bret graduated with a B.S. in Finance from Pennsylvania State University, and studied at the University of Western Australia. Bret now lives in Newtown Square, PA, with his wife, two children, and dog. In his free time, Bret enjoys live music, sports, and exercising. Bret joined the Playworks Philadelphia Regional Board in November 2020 and is extremely excited to partner with the growing team to achieve our mission and continue to expand the impact on our youth throughout the Philadelphia region. 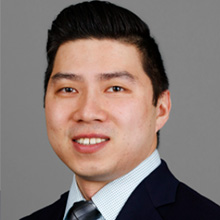 Tatsuya Kobayashi is a Deals Senior Manager at PwC specializing in providing financial due diligence services to corporate and private equity clients exploring a variety of corporate transactions, including mergers, acquisitions, and divestitures. Previously, he worked in PwC’s assurance practice to deliver external audit services in the financial services and insurance industries.

Tatsuya is active in the Philadelphia community, working with Compass to provide pro bono consulting services to local non-profit organizations. Tatsuya graduated from the University of  Maryland with Bachelor of Science degrees in Finance and Accounting. He originally grew up in the Washington, DC area, but currently lives in Philadelphia, PA with his wife and son. In his spare time, he enjoys staying active, traveling, spending time with friends and family, and watching sports. 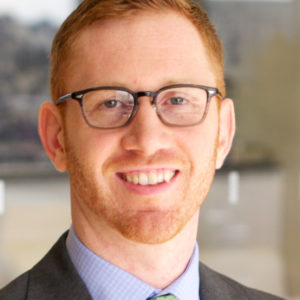 James McClammer is an Assistant General Counsel at Aramark. Jamie provides legal support primarily to Aramark’s Higher Education business. He negotiates client and vendor contracts and advises on matters pertaining to litigation, employment, risk and safety, and regulatory compliance. Jamie graduated from Boston University and Temple University Beasley School of Law. Before attending law school, he served as an AmeriCorps member with an affordable housing agency in New Hampshire, where he sought to inspire curiosity, engagement, and leadership in resident children by developing a community garden and organizing ski trips. James now lives in the Fairmount area of Philadelphia with his wife and stays active through running, cycling, and playing ice hockey. James joins Playworks’ Advisory Board as part of the Philadelphia Bar Association’s Board Observer Program. 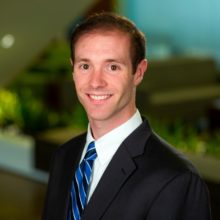 Andrew McQueary is a Manager of Financial Planning and Analysis at AmerisourceBergen, a company responsible for creating healthier futures. Prior to his current role, he assisted in the preparation of AmerisourceBergen’s financial statements and worked at Deloitte in its assurance practice. Andrew graduated from Villanova University with a Bachelor of Science with majors in Accounting and Finance and has returned to Villanova University in pursuit of his MBA. Andrew grew up in Hopewell, NJ, but currently lives in Conshohocken, PA. In his spare time, he runs, plays clarinet, spends time with friends and family, and roots for his favorite teams. 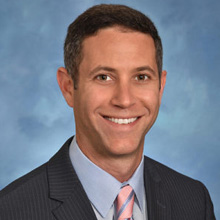 Peter A. Seelig currently serves as a portfolio manager for the firm’s insurance asset management team and core fixed income strategies, a role he has held since May 2014. He is primarily responsible for portfolio construction and strategic asset allocation.

Prior to rejoining Macquarie Investment Management (MIM) in December 2009 as a portfolio analyst, Seelig was a derivatives operations specialist, first with Delaware Investments and then with Bank of New York Mellon, where he processed and analyzed complex derivative instruments. He earned his bachelor’s degree in finance and accounting, with a minor in public policy from Franklin & Marshall College. Seelig is also a member of the CFA Society of Philadelphia.

Seelig lives in Haddonfield, NJ, with his wife, three boys, and bulldog. 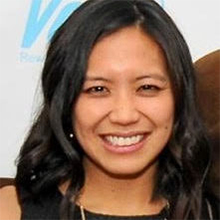 Khoon-Yen Tay is an assistant professor of pediatrics at the Perelman School of Medicine at the University of Pennsylvania and an attending physician in the pediatric emergency department at The Children’s Hospital of Philadelphia. She loves working with children and their families in helping them achieve maximal wellness and to help diagnose and overcome illness. She also loves teaching!

Medical education is one of Yen’s biggest non-clinical interests, specifically educating trainees using medical simulation, essentially “playing” with life-sized manikins to simulate medical emergencies and practicing how to deal with these scenarios before they happen in real life.

She was a varsity swimmer at Princeton University and now considers herself a lifelong athlete, participating in road races and swimming relays to stay active. She also enjoys practicing yoga and biking around town. Her next big goal will be to compete in an Olympic distance triathlon.

She is excited to be on the board of Playworks Pennsylvania since she witnessed firsthand in the emergency room the effects that violence and sedentary lifestyles can have on children and knows that Playworks actively teaches children how to combat both by engaging kids in staying active as well as helping to develop the skills to play well with others. 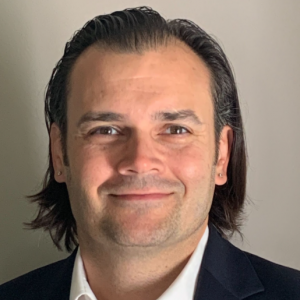 Michael Urban is the Head of Product at Marlette Funding, a Delaware-based Fintech that offers online lending products through their Best Egg brand. This is Michael’s 3rd start-up, and the two priors were Energy Plus and Juniper Bank where he held various positions in Operations and Technology. Michael is passionate about agile delivery methodologies, problem-solving as well as implementing operational efficiencies.

Michael earned his bachelor’s degree from Pennsylvania State University. In his free time, Michael enjoys spending time at the Delaware beaches with his wife and 3 kids, all things fishing, Phillies baseball and running. Michael joined the board in May 2021 and is very excited to be part of a great team and mission. 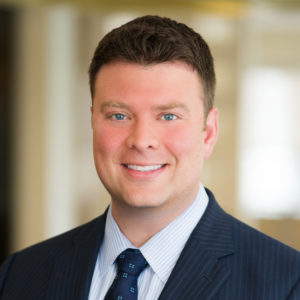 Prior to joining Aramark, Chris spent ten years as an associate at three different law firms – Morgan Lewis & Bockius LLP, Fox Rothschild LLP, and Dechert LLP – specializing in ERISA, labor and employment, commercial, securities, and white collar litigation. Chris earned his law degree from the University of Pennsylvania Law School, and his bachelors degree from Villanova University. Chris is barred as an attorney in Pennsylvania and New Jersey.

Chris recently moved to Lower Gwynedd, PA, where he lives with his wife, two sons, and their cat. Prior to the move, Chris lived in Philadelphia, and continues to serve as the board president of the 2601 Parkway Condominium Association. Chris has served on the Regional Board of Playworks PA for six years. 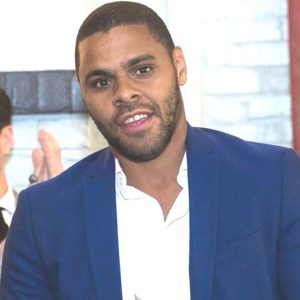 Kellan White serves as the First Deputy City Controller. In that role, he is the main liaison between the Controller’s Office and other governmental agencies. As First Deputy, Kellan also oversees and manages the office’s public engagement strategy, including special events, community outreach, constituent services, and communications. 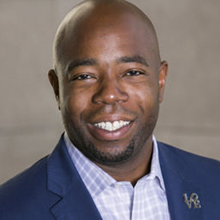 Barry Wilkins is a STEM educator at Philadelphia’s Strawberry Mansion High School. Besides teaching traditional secondary math subjects such as Algebra II and Geometry, Mr. Wilkins is also the lead instructor for Personal Finance at the school. In this role Mr. Wilkins has the unique opportunity to combine his passion for community engagement with financial literacy.

Prior to becoming an educator, Mr. Wilkins was a banking professional for more than 15 years with experience across retail banking, corporate and investment banking, and wealth management. Most recently, Mr.Wilkins served as a VP/Senior Relationship Strategist at PNC Bank, where he led a team of advisors in the creation and implementation of comprehensive wealth plans tailored to the unique needs of his clients.

While serving as Director of Industry Partnerships, Mr. Wilkins also discovered well-intentioned, but inefficient programs meant to reduce poverty. These remedies were rarely data-driven, human-centered, or impactful on a large enough scale. Mr. Wilkins also discovered that when it comes to poverty, all roads tend to lead back to education. Low educational attainment in the 21st century typically correlates to limited economic mobility.

Recognizing this, and the urgent need for black male educators, particularly in urban school districts like Philadelphia, Mr. Wilkins joined Teach For America in April of 2019, and later that year became an M.S. Ed Candidate at the University of Pennsylvania.

Barry is a native of Philadelphia and attended Central High School (Class of 254). Barry holds a B.S. in Economics from the University of Pittsburgh; Minor in Mathematics. Barry also holds an MBA in Finance from La Salle University, where he is still actively engaged. Barry is married and the father of three little girls. He, his wife Kathy, and their children currently reside in Mount Airy, Philadelphia, PA. 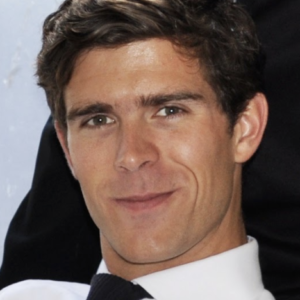 Originally from Indiana, Sterling went to The Kent School in Connecticut for high school and completed his undergraduate business studies at the University of Southern California in 2012. Sterling completed a master’s degree focused on Sustainable Development at The University of Pennsylvania in 2016 and is currently studying for a Masters of Philosophy.

When not working or studying, Sterling is involved in the Philadelphia community and enjoys playing sports. He served as a publicly elected committeeman from 2013 to 2015, as Chairman of Philadelphia’s largest Registered Community Organization from 2013 to 2015, and as a mentor in the Philadelphia Big Brothers Big Sisters Program. Sterling played on the USC Squash team and is an avid skier, skin diver, and backpacking enthusiast.

You have a part to play. Find opportunities for people or organizations.